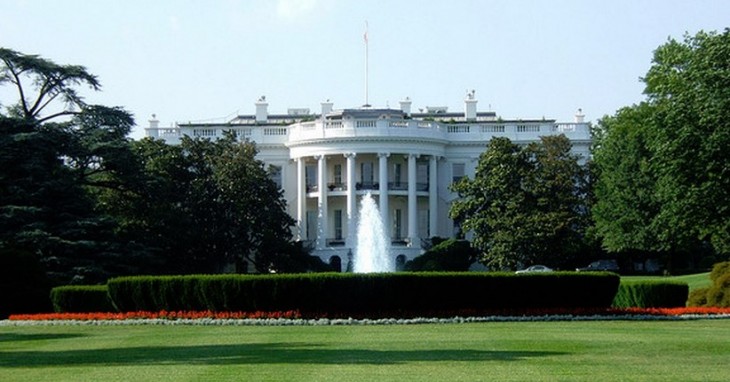 President Obama just wrapped up what could at best be described as a flat press conference, appearing more annoyed than contrite. His message was slightly muddled throughout, meandering between explanation, context, and self-defense.

Before we can correctly form an opinion about the President’s response and the programs that he has continued during his administration, we should review his words. His speech was brief, but full of key segments. We begin with what he views as the two crux issues of his time as the premier [All quotes via the Guardian]:

When I came into this office, I made two commitments that are more important than any other.

Number One, to keep the American people safe. And Number Two, to uphold the constitution and constitutional rights to privacy and to civil liberties.

That’s a perspective that could lead to the primacy of one over the other, quite obviously, leading to, say, a bit more defense of body than defense of civil liberties. I’m certainly not saying that there are no moments in which that couldn’t be argued as the more correct step, but instead more want to point it out as an implied possibility given the structure of the President’s remarks as detailed above.

Now, to the phone record recording program, that has according to NBC collected records of every phone call placed in the United States for years, under the legal jurisdiction of the Patriot Act:

When it comes to telephone calls: Nobody is listening to your telephone calls. That’s not what this program’s about. What the intelligence community is doing is identifying, looking at phone numbers and durations of calls. They are not looking at people’s names, and they’re not looking at content. But by sifting through this so-called metadata, they may find potential leads with respect to folks who might engage in terrorism.

If they want to actually listen to a phone call, they have to go back to a federal judge.

I want to be very clear. Some of what we’ve been hearing the last day or so – nobody’s listening to the content of your phone calls.

This program is overseen… not only by Congress but by a special Fisa court.

This is uninspiring on several accounts. Starting at the top, the idea that metadata about your calls is being logged, tagged, and ‘sifted’ feels quite intrusive, because it in fact is.

We are living currently in a situation in which our personal privacy is being so grossly impinged upon that it’s difficult to grasp.

Let’s run a small thought experiment: Assume that none of the privacy issues of the past two or three weeks had happened. Then, in that specific world, imagine that it became clear that the US government was simply logging the length and phone number of every call placed in the United States. The public furor would have reached the ceiling.

We are living currently in a situation in which our personal privacy is being so grossly impinged upon that it is difficult to fully grasp. This does blunt our mechanism of outrage.

The President goes on to point out that if the government wants to listen to your phone calls directly, a judge must be summoned, presumably to issue a warrant. Warrants are quite generally not difficult to receive in such situations. Thus, the President’s remarks say the following: We log your data, but don’t listen to your calls, unless we want to, and then we do.

The PRISM program, according to the President, doesn’t apply to United States citizens.

Hardly inspiring. Perhaps the most painful part of the above is the closing line: The program is overseen by Congress and a special court. Congress has known about the calling system – each and every member, according to the President – for likely quite some time. And has told us nothing. That’s not encouraging.

And that a “special Fisa court’ is overseeing the program as well doesn’t make me appear any less violated; Special sounds too much like secret, and secret courts have an unsavory reputation for a reason.

The PRISM program, according to the President, doesn’t apply to United States citizens. His remarks that followed:

Not only is Congress fully apprised of it, but what is also true is that the Fisa court has to authorize it.

What you have is two programs that were originally authorized by Congress, have been repeatedly authorized… Congress is continuously briefed, there are whole layers of safeguards involved.

We’ve also set up an audit process… after the fact, making absolutely certain that all the safeguards are being properly observed.

We’ll have to discuss and debate how we’re keeping this balance. Because there are some tradeoffs involved.

We start with the selfsame vapid assurance of safety. The second line makes the first useless; the programs appear far too broad to be trusted, and are far too clandestine to be properly vetted. Congress is at full gridlock, and is populated by more partisans than statesman, and more hacks than security experts; to trust it to provide oversight of this significance, in real-time, is asking too much of a weak body.

Evidence for that can simply be found in that the above programs were well-known, continuously renewed, without apparent peeps of dissent, across what appears to be two administrations. Continuing, we have a vague allusion to safeguards, which explains little, and might mean less.

The above quote discusses tradeoffs in its last line. The President had more to say on the matter:

And the modest encroachment… on privacy in getting phone numbers and durations without a name attached, and looking at content that – [I decided] net, it was worth us doing. Some other folks may have a different assessment.

I think it’s important to recognize you can’t have 100 percent security and also 100 percent privacy, and also zero inconvenience. We’re going to have to make some choices as a society.

The President cites “modest encroachment,” which could mean anything…

This returns to our first quote of the piece, the idea that in certain cases we might have to trade privacy – in this case, Constitutionally demanded privacy against unreasonable search and seizure – for security. The issue here is the dictums and court decisions in favor of privacy are, in my view, quite tight. Thus, this sort of skirting of privacy in favor of promised increased security isn’t very palatable.

“We’re going to have to make some choices as a society.” Yes. But can’t we decide as a society that we would rather incur a very slightly higher level of assault than endure such a pervasive grinding down of our liberties? The above programs, we were told by small government conservatives, stopped a terrorist attack in the United States. Perhaps. But how long will PRISM and the phone record program continue?

Indefinitely. The Patriot Act has already made that point by refusing to fade.

Therefore the President is asking us, with Congress as his active curb, to trust the government to know when to dilute our privacy and other civil rights for our own protection and good. To be frank I do not want to cede the privileges that make this a peculiar country to the hands of our executive to shift about at their whim.

That’s antithetical to a written constitution. It’s better to stand for both liberty and justice for every American and realize that we won’t catch everyone who wants to harm us, than to decide that we’ll have to erode our foundational pillars of freedom to perhaps prevent the occasional idiot from bringing a bit of violence on our heads.