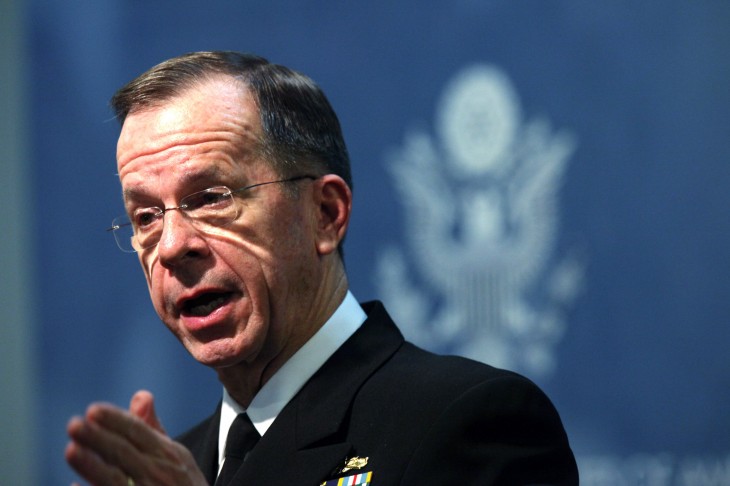 Retired US Admiral Mike Mullen will join the board of Sprint, if its proposed mega deal with SoftBank goes through. He will also take on the role of internal security director. There was concern regarding a potential uniting of Sprint and SoftBank, with the Japanese company absorbing the American teleco.

As TNW reported during the merger’s winding path, there was real concern in the United States government that “a takeover by a foreign company could open the door to security issues via intrusion into its telecommunications networks.” Other concerns regarding China came to the fore.

Compromise was reached when both government and private enterprise united around an idea of mature oversight: “under the deal, the US will get its pick of people for Sprint’s newly-formed national security committee, one of which will be a security director and sit on the wireless carrier’s board.”

It now appears that the security director will be Admiral Mullen. Who is our admiral? He spent 43 years in the Navy, and was at one point the Chairman of the Joint Chiefs of Staff of the United States military. In short, as far as military careers go, Admiral Mullen went to the very top of of the pyramid.

A vote by Sprint shareholders on the deal will occur on June 12th. Not all are in favor of its passage. A competing bid by DISH has been logged.

His past commanding troops around the world, and efforts coordinating our larger armed forces mean that as an individual there are few more likely than Mullen to understand the global threat map. Given that experience, he should be able to help guide Sprint through its loss of independence. Specifically, according to a release, he “will oversee Sprint’s compliance with the company’s National Security Agreement with the US government and serve as the US government’s contact for all security-related matters.”

And after such a long military career, Admiral Mullen will have a command yet again.

Read next: Report: Snapchat raising up to $100 million at a ~$500 million valuation