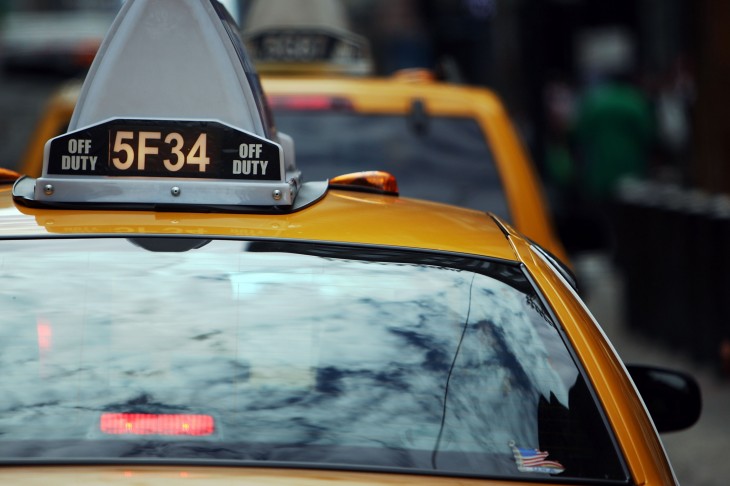 Today, New York City Mayor Michael Bloomberg announced two noteworthy decisions by the state’s Court of Appeals that is a victory for companies looking to get into the transportation business in the city.

The rulings essentially will help see the city’s e-hail pilot program come back online and also the arrival of “green taxis”. The two rulings are sure to benefit companies like Uber, Hailo, and all other taxi-type services that seek to begin service in the nation’s biggest city.

Bloomberg said in a statement:

With this decision, we can finally bring safe, reliable taxi service to the four and a half boroughs that don’t currently have it. That’s a victory for everyone who lives in, works in or visits New York City. This will also advance our efforts to make taxi service available to people with disabilities, by adding 2,000 wheelchair-accessible yellow cabs to the streets.

The cases in front of the New York State Court of Appeals were Metropolitan Taxicab Board of Trade v. Bloomberg, Taxicab Services Assoc. v. State of New York, and Greater New York Taxicab Assoc. v. State of New York. Arguing for the ban were members of the taxi cab lobby and other plaintiffs who claimed that these disruptive services would violate “certain procedural and substantive requirements” of the state’s constitution.

New York State Supreme Court Justice Arthur Engoron found that a law supporting the defendants was invalid. The appeals process quickly found its way to the State Court of Appeals, which reversed Justice Engoron’s decision, saying that the law is designed to advance “a substantial State interest in improving access to street-hail transportation” throughout the city, especially for those disabled or are in areas underserved by the yellow taxi industry.

In the opinion of the court:

The State law challenged in these lawsuits authorizes the City to establish a Hail Accessible Interborough License (HAIL) program, to provide safe, reliable and lawful street-hail service in areas of the City underserved by yellow taxicabs.  The unmet demand for street-hail service in those areas has been met by livery cabs (which are not presently licensed to accept street hails) and illegal “gypsy” cabs.

Under the HAIL program, HAIL-licensed livery cars can respond to street hails in Manhattan north of E. 96th Street and W. 110th Street and in Brooklyn, Staten Island, the Bronx, and Queens (except at LaGuardia and Kennedy Airports).  The State law authorizes TLC to issue up to 18,000 HAIL vehicle licenses during a three-year period, 20 percent of which must be for wheelchair-accessible vehicles.

In addition, the State law authorizes the City to issue, and sell at public auction, 2,000 new licenses (known as medallions) for wheelchair-accessible yellow taxicabs. Beyond increasing the availability of wheelchair-accessible yellow taxicabs in the City, the issuance of these 2,000 new medallions should generate over $1 billion in revenues for the City.

We received a statement from Travis Kalanick, the co-founder of private car service Uber:

It’s pretty rare that the transportation sector sees so much progress and justice on the same day. UberTAXI is fully up and running for yellow cabs and we look forward to helping New Yorkers hail green cabs too.

Another service, Hailo, also provided a statement from co-founder and CEO Jay Bregman:

Hailo was the only app provider to intervene in the case to support the City and the largest association of medallion owners to protect the future of the cab industry and the mantle of NYC as the home of innovation and the new economy.

Hailo’s Founding Passengers started using e-hailing after the Supreme Court threw out the case and made it very clear that the Pilot was legal and legitimate, and there are no restrictions or laws preventing e-hailing.

We are not looking back. After a few weeks of Beta operation, we are seeing triple-digit growth in passenger demand and drivers signing up in droves. In addition, New Yorkers living in the outer boroughs are five times more likely to get a cab with Hailo than before – more than 14% of Hailo trips originated in the outer boroughs (and not at the airports!) The magic of e–hailing is here and open to all New Yorkers and Yellow Cab drivers.

Uber has been engaged in a back-and-forth battle with city regulators and the taxi cab industry in NYC. It originally serviced the city with its UberTAXI service, but it was shuttered due to constraints imposed on it from the city’s Taxi and Limousine Commission (TLC) and the city. In April, it became the first company to participate in the TLC’s e-hail pilot program, which was set up back in December 2012.

The program is just a one-year test and comes with a few rules behind it, specifically:

The program isn’t open to just anyone. Rather, it’s limited to just those companies who want to offer e-hails of licensed yellow cabs. Thus the opportunity for Uber to bring UberTAXI back to the city. And while this may have been good news for NYC residents, any plans to move forward were quickly quashed when the lawsuits were filed in court.

While this news is good for innovative transportation services, at this point, we probably should be surprised if opponents try and put a stop to the efforts once again. However, in the meantime, Uber has not announced when it will be bringing its UberTAXI service back to the streets of NYC.