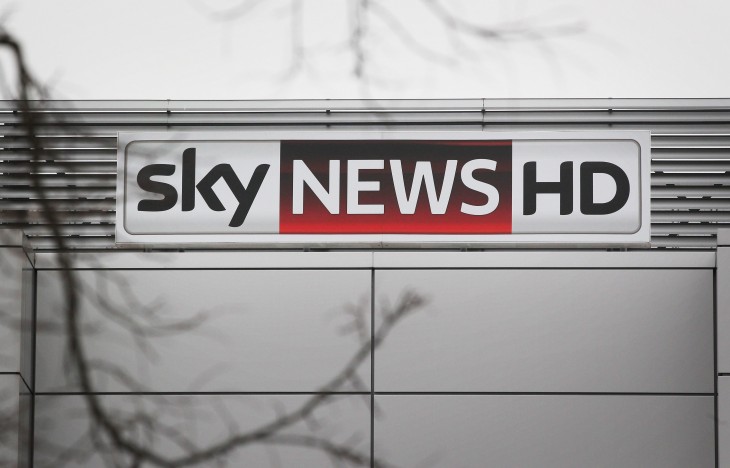 Update 2: A statement from BSkyB was released that said: “Several of Sky’s Android apps have been temporarily removed from the Google play store after app pages were defaced early on Sunday morning.  We’re sorry for the inconvenience caused to Sky customers wanting to download our Android apps and are working hard to make these apps available again as soon as possible. Sky Android apps that Sky customers have previously downloaded should continue to work as normal, so there is no need for customers to remove these apps from their Android device.”

Update 1: All of the affected apps have now been removed from Google Play. We have heard back from a BSkyB representative who tells us that it did not put out guidance suggesting users uninstall its apps. The Twitter account for Sky News Help has been compromised. The broadcaster tells us that it is still investigating the situation and will provide a further update when they have more information.

Sky News released a statement earlier today: “Sky Android apps previously downloaded by Sky customers are unaffected and there is no need to remove them from an Android device.”

The original post follows with some edits for clarification:

British broadcasting company BSkyB has had all of its Android app listings on Google Play hacked by the Syrian Electronic Army. A look at the apps’ pages in the Google Play store reveals that their descriptions were changed to “Syrian Electronic Army Was Here”. The broadcaster sent out a Tweet (update: which we now know was from a compromised account) instructing anyone who has downloaded the app to uninstall it:

First reported by ITV News via The Desk, it appears that not only are the company’s Sky+ and Sky News Android apps affected, but also Sky Go, Sky Wifi, Sky Movies, and Sky Sports News. It’s unknown how exactly the group managed to update the programs inside the Google Play store. However, all screenshots in the app have been replaced with images by the hacking group, which has been at the forefront of some of the recent cyberattacks on services like Twitter, and with media publications.

In addition, the group has also modified the developer website link on all of BSkyB’s apps so that it points to their page. If you tried to email the developer, it also points to an email address believed to belong to the organization.

Former Reuters social media editor Matthew Keys has reported that the Syrian Electronic Army sent him a screenshot purported to be of the Google Play hack. Keys says that the cyber attack comes after a story was published implicating the group in a failed attack against the water supply control systems in Haifa, Israel. The group told Keys that any reports of its involvement were “untrue”.

The group is believed to be made up of a number of hackers and online activists that support current Syrian President Bashar al-Assad. Last week, the group hacked the website and Twitter accounts of the Financial Times leaving articles with the headline “Hacked by the Syrian Electronic Army” on its technology blog. It has also laid siege to BBC Twitter accounts, the National Public Radio service, the Guardian newspaper, and the Associated Press.

Today’s move could be an unprecedented one. It recent history, it doesn’t appear that any other app listing has been hacked within one of the major app stores, whether it’s iTunes or Google Play.

Both Apple and Google have security protocols in place to help ensure that malware and malicious apps don’t get distributed onto their devices. With 900 million Android devices activated, an actual replacement of the apps with malicious versions would certainly affect many people, however it’s too early to say that anything of this magnitude actually occurred. It is currently a long weekend in the UK and USA, meaning that it may take longer than normal to get the full, official version of what has occurred.

Read next: 9 key things to mention when pitching your software startup