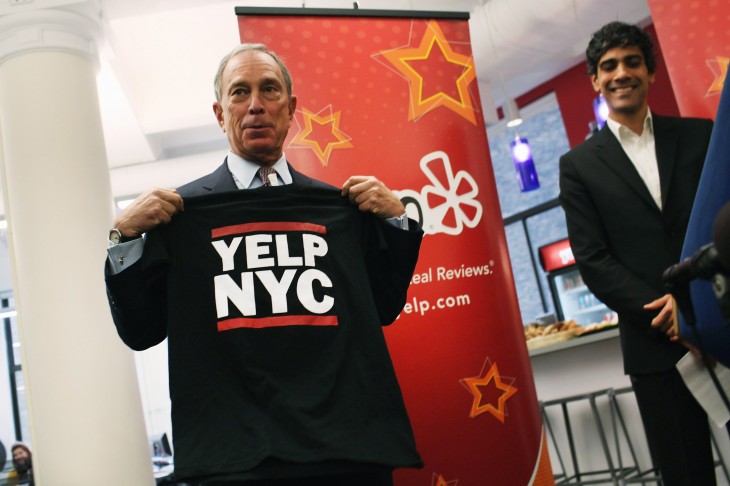 Yelp and its review service have once again come under fire, this time over stories where business owners claim that reviews are “too self-centered and not trustworthy” and that it hides reviews. It looks like the company has had enough and is firing back at its critics, saying that the claims are not, and never has been, true.

In a blog post, Yelp’s Vice President of Communications & Public Affair Vince Sollitto, offered up what he says is evidence that contradicts the claims reported to the media. To be clear, the allegations that he hopes to debunk involve some believing that Yelp “manipulates reviews and ratings to reward advertisers or punish non-advertisers.”

Sollitto cites a Harvard Business School study as evidence that supports Yelp’s belief that it doesn’t penalize non-advertisers. Based on that specific study, it shows that the company doesn’t favor advertisers, at least by selective filtering.

In a Los Angeles Times article, journalist Sandy Banks reports that this is the complete opposite case. The story cites a local tutoring firm that received a one-star rating from a single complaint, but allegedly the positive reviews weren’t accounted for. The firm’s owner said that he was approached by Yelp to advertise, but business declined to avoid drawing attention to its one-star rating:

The salesperson claimed she couldn’t do anything directly, but would let the relevant department know. Suddenly, the negative review was gone and some positive reviews got through.

It’s near difficult, or even impossible for us to discern whether a particular rating was influenced through that interaction — anything else is pure supposition.

But Yelp believes that it has further proof to back up its defense, coming from the legal system. Sollitto cites a 2011 decision that dismissed a class action lawsuit brought up by unhappy business owners. In that instance, Yelp faced the extortion claims over its advertising practices and ratings.

In his last point, Sollitto says that Yelp’s position is on solid footing thanks to a Google search — yes, you’ve read that correctly. Quite candidly, he writes:

Want to see if businesses that advertise on Yelp really do get “special treatment?” Feel free to do your own version of a simple Google test like this [site:yelp.com/biz “Yelp sponsor” AND “rude staff”] by inserting your own negative phrases in the last set of quotation marks. The words “Yelp Sponsor” only appear on pages of advertisers, which begs the question: if these Yelp advertisers get a special “Delete” button for negative reviews, why in the world aren’t they using it? (Hint: because it doesn’t exist.) Nor is there any rational incentive for a Yelp sales team member to jeopardize his or her career by pitching a product that can’t be delivered because it doesn’t exist.

Sollitto says that people believe that Yelp is doing something nefarious because it uses an automated software service to protect users from businesses trying to “game the system”. He acknowledges that only a small minority of companies try to write or buy favorable reviews, but anti-gaming measures are still required. However, he admits that out of the more than 39 million reviews Yelp receives, some are perfectly legitimate and do get caught up in the filter.

While not a perfect system, Sollitto believes that it’s an acceptable price to pay to prevent the service from becoming a place with dishonest reviews and ratings.