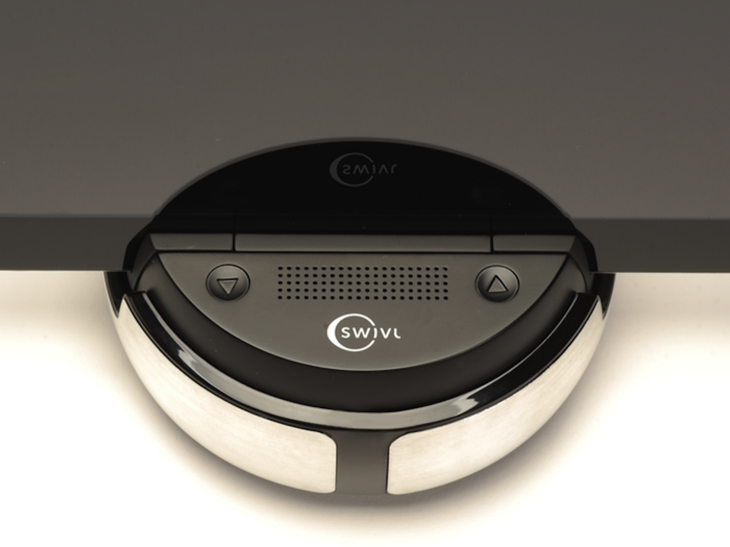 Grishin Robotics, an investment firm that specializes in – you guessed it – robotics, has pumped $500,000 into Swivl, the company behind the cool robotic video device that basically acts like a personal cameraman.

Swivl lets people capture videos of themselves (speaking, lecturing, presenting, teaching, singing and whatnot) without the need for them to stay in the same place or have someone else move or tilt the camera.

Instead, the portable Swivl dock tracks your motions to ensure you’re being recorded even when you’re moving about.

One of the first – especially hardware – products ever successfully crowd-funded and delivered to market, Swivl has already sold over 10,000 units worldwide since its initial debut.

Swivl is now working hard on the next version of the widely praised accessory, which supports iPads, iPhones, DSLRs and Android devices.

With the new funds from Grishin Robotics, which was founded by Mail.Ru Group co-founder and CEO Dmitry Grishin, Swivl says it will accelerate the development of the second-generation Swivl, and prepare the launch of its yet-to-be-announced connected video services.

Both the device and services will be launched “later this year”, the company vaguely said in a statement.

Swivl says its device has been used for a wide variety of applications, ranging from enterprise telepresence to pet monitoring, but has been a big hit with teachers in particular.

The company says its product has already been deployed in over 1,000 schools and 250 universities, showcasing the potential for the device in the realm of education.

Grishin commented on the investment thusly:

“The global educational industry is undergoing huge transforming changes, and robotics plays an increasingly significant role in that process. Swivl represents a rare combination of strong technologies, beautiful design, and affordable price-point – exactly the type of product we are looking for.”

His $25 million robotics investment firm has earlier backed the likes of Double Robotics, RobotAppStore and Bolt.

(All images courtesy of Swivl)