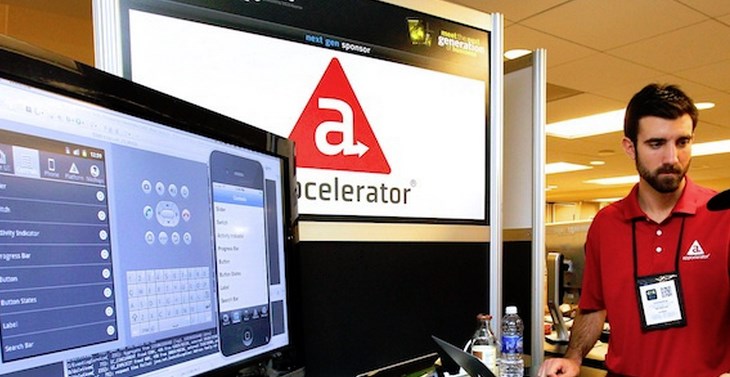 Today Appcelerator announced a new analytics platform for its service that helps developers create applications in native code. Its products can take code written in Java, for example, and produce the same application prepped, and natively-built for the iOS platform.

The company vends a software as a service version of its conversion tools to large companies that contains and analytics component. Appcelerator declined to be more specific, but did inform TNW that its number of paying customers is in the thousands, and that the cost of SasS offering is not minor.

According to the firm, there are, at its most recent count, 134,567,882 devices that run applications that are powered by its technology. Put quickly, Appcelerator wants to “democratize development and help companies build rich native experiences,” according to its CEO Jeff Haynie.

Regarding potential performance issues that might arise from the translation of an app into native code, the company dismissed them as diminutive, and therefore negligible.

Today’s update to its enterprise-facing platform includes real-time analytics. Reporting on the performance of mobile applications has heretofore been a somewhat stodgy affair for many, akin to Google Analytics before it released a real-time product; batch data that is a day late is no way to track your product, whatever it is.

Essentially a real-time dashboard, Appcelerator’s new analytics service will include location information, automated testing, real-time notifications of app failures, and batch testing of devices. Again turning to the Google Analytics comparison, you can, as part of the Appcelerator analytics suite, write additional logic, allowing for your app to track occurrences that are critical to your own metrics.

For companies that have dozens, or perhaps hundreds of mobile applications, they can now have a unified view into their performance. Now, data eye candy:

Taking its analytics service into the now isn’t the only improvement Appcelerator added to its platform today. A new profiler allows for cross-OS profiling, and a method to watch an application change ‘live’ as you code on it; this lowers development and testing time requirements.

Appcelerator’s changes to its enterprise service will bring its customers more data, more quickly. Can they use that information; are they equipped to accept the information, and use it to make business decisions?

According to the firm its clients are intelligent and sufficiently prepared, with business-to-consumer firms able to improve performance the closer they get to their users.

That said, Appcelerator intends to help its customers by scoring their application. A score based on code quality will be served. I would not want to be the first developer to turn in an app to their boss only to have it receive the lowest marks. In time, the scoring function will improve; for now it remains somewhat nascent.

Appcelerator isn’t a company that you see on magazine covers, but I would bet your house that some of its clients have built apps that have enjoyed large sums of media spotlight.

Here’s why you care: The better companies understand their applications, the better the apps you use on a daily basis will be. And that’s a global good.