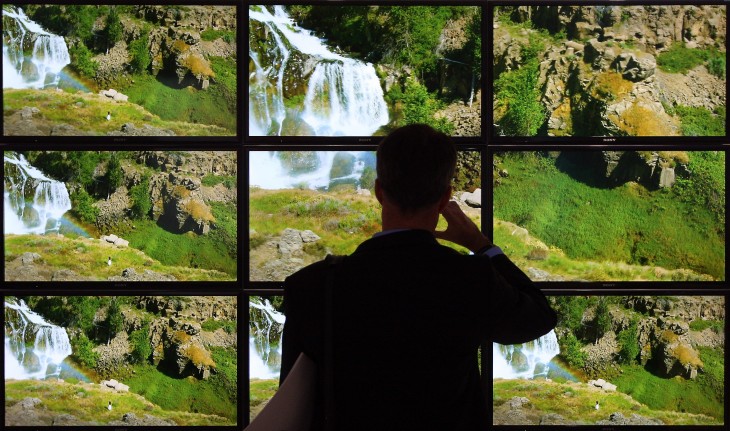 Dijit Media, a social TV service provider, has unveiled a new website it calls NextGuide Web. It functions similarly to a social network whereby not only can users look up information about their favorite show, series, or movie, but also discover what their friends are interested in and watch.

Finding new shows to watch can be rather difficult at times. I probably would not have known how good House of Cards was on Netflix, had I not read reviews from my friends on Twitter and Facebook. NextGuide seeks to capitalize on this practice with its new social-like network, but also by leveraging live TV and streaming services like Amazon Prime, iTunes, Hulu Plus, and Netflix.

The design is something you would see on Pinterest. Once on the site, users can not only see recent activity of their friends, but also discover other titles and artists they care about. The site follows the standard behavior of other social networks with favoriting, and users can also follow others to continually be updated about what shows and movies they’re watching.

Through Facebook Connect, users can port the movies and TV shows that they like right into NextGuide. If I “liked” the show Big Bang Theory on Facebook, NextGuide will add it to my favorite shows and tell me when the next episode is set to air.

Dijit Media says NextGuide Web also includes other features, including giving users a one-stop service to browse for information relating to a show and knowing when it will be available either on live TV or on a streaming service. Additionally, it brings in features from its NextGuide iOS app that includes adding shows to a watchlist and setting reminders.

In a way, NextGuide seeks to rival IMDB. Users can search the site by a particular actor or even by a show. So if I wanted to find out what movies Daniel Craig has starred in, NextGuide will display things like Casino Royale, Skyfall, Cowboys & Aliens, and The Girl with the Dragon Tattoo. After clicking on a specific item, the service will display the overview about it.

For example, if I clicked on Casino Royale, it will show me upcoming airings if I link it up with my local cable provider. If I’m interested in streaming it, NextGuide tells me it’s available through Amazon and iTunes. It also has reviews through the site Rotten Tomatoes.

NextGuide is launching today in closed beta and requires an invitation to access the service. Once signed up, users are given a few invitations to share with their friends. The company says that it will be sending out invitations “on a first-come, first-serve basis” and that all existing users of its other services, Dijit Remote and the NextGuide iPad app can use their existing credentials to log into the website immediately. Users of Miso, a company Dijit acquired in February, will be able to access NextGuide Web within the month.

The service is available internationally, but only supports those TV and movie catalogs for North American users right now.

Read next: Idiotic filing of the day: Microsoft wants to patent taking a picture with your voice