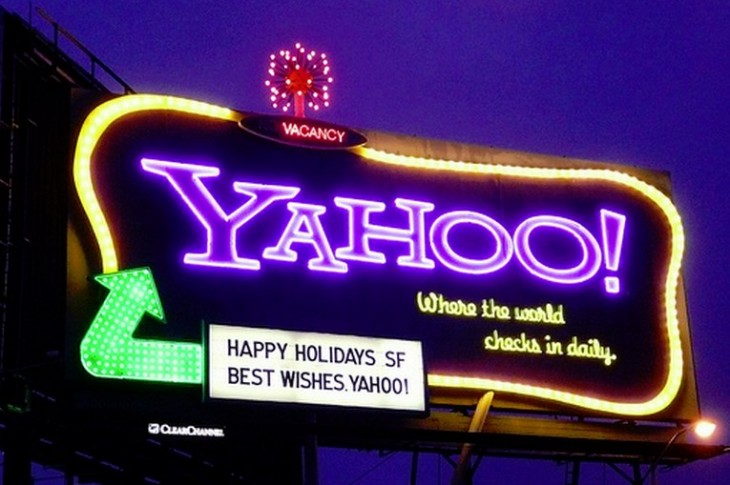 According to Kara Swisher and Peter Kafka of AllThingsD, Yahoo’s board will meet in two days time on Sunday to vote to approve a $1.1 billion cash offer for Tumblr, the popular blogging service and social destination.

That the offer is to be all cash is surprising, given that Yahoo’s stock has enjoyed a renaissance in recent months following the installation of Marissa Mayer as its CEO; the value of its shares have risen, which could have made them a more useful, or attractive bargaining chip.

AllThingsD previously reported that Yahoo had its eyes on Tumblr, citing sources that detailed discussions between the companies.

Today TNW, along with other publications, was invited to a Yahoo product news gathering on Monday, the day after the board is said to vote. Certainly Yahoo wishes to unveil its purchase of Tumblr.

Marissa Mayer is confirmed to be speaking at the event, which is only appropriate given the size of the deal. Yahoo is also said to be vetting video giant Hulu as another potential target for acquisition. The $1.1 billion cash offering represents around one-third of Yahoo’s available cash and short-term investments.

TNW reached out to Yahoo for comment on the report, but isn’t optimistic regarding receiving a reply.

The $1.1 billion figure is only a 37 percent premium on the company’s last round of funding, which is said to have valued Tumblr at $800 million. That rate of return will not be attractive to its late-stage investors, though the liquidity event might be welcomed by its older money.

Yahoo is up over 1 percent in after-hours trading.

Read next: 5 things the UK's Silicon Roundabout needs to do to take on Silicon Valley