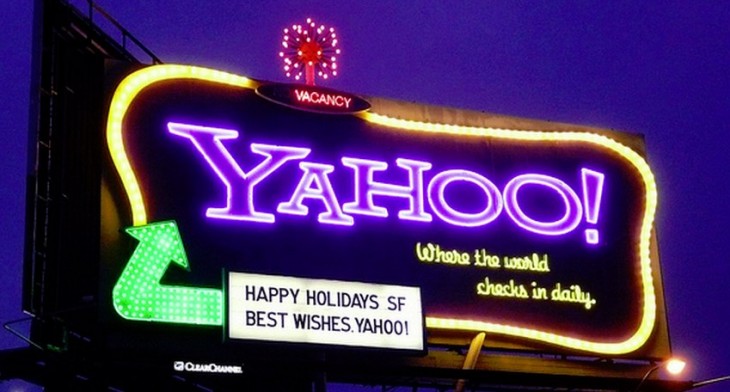 According to Kara Swisher and Peter Kafka of AllThingsD, Yahoo has had discussions with Tumblr concerning a potential investment or acquisition. Yahoo has been on a buying spree lately, but hasn’t made a purchase on the scale of Tumblr; instead, it has purchased small companies with teams rich with talent.

AllThingsD notes that the discussions have been “serious,” but preliminary. Interest is not result, and discussions are not signed term sheets. Still, the deal could be attractive to both parties: Yahoo needs to grow and better engage its audience, and Tumblr would find itself in possession of a key new weapon: the Yahoo homepage, not to mention the massive scale of Yahoo’s various digital media properties.

Needless to say, the Tumblr demographic skews young and likely mobile, which is the product category that Yahoo has itself trained its sites on; Yahoo has expressly stated that it is working to become a mobile-first, or at least focused company.

Many of its acquisitions can be viewed in that light: the purchase of small companies that sport bright engineering teams with mobile development talent.

Tumblr would not be a cheap purchase, with its rumored $800 million valuation in its last round, Yahoo could not scoop it for less than north of a billion. However, Yahoo is also said to be contemplating a purchase of Hulu, a firm that would come with a far higher pricetag.

Yahoo has cash and short term investments just over $3 billion. It would likely make any purchase using a combination of stock and cash, likely giving it room to pick up both Hulu and Tumblr if it wanted to, and could.

Yahoo, as a firm that owned one of the leading premium video-delivery services, and a leading social network and consumer-created content engines, would be a dramatically different company than what was slowly falling to pieces just years ago.