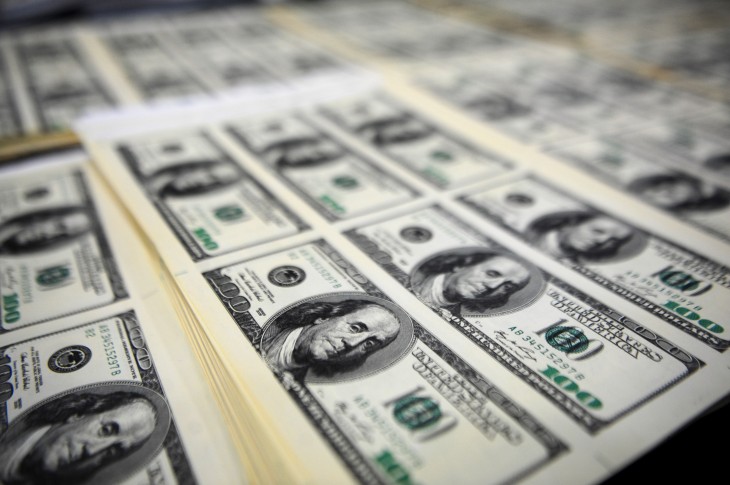 Marqeta, a payments platform that rewards users with additional in-store credit for prepaying online, announced today that it has raised a $14 million Series B round of funding.

Existing investors Greylock IL, an affiliate fund of Greylock Partners, and Granite Ventures led the round alongside new participant Commerce Ventures and a number of other unnamed angel and strategic investors.

Marqeta runs the +M platform, which is essentially an online dashboard that combines all of the various loyalty and reward cards that people carry in their wallets. After setting up an account online, users upload their card details and then select the merchants that they use on a regular basis.

Just like in a store, users can see all of the offers available and select only the ones that they’re interested in. A physical Marqeta card arrives in the mail – although there’s also an Android and iOS app – pre-loaded with all the offers that the user has taken out. Visit the store, hand over the card and walk away; the extra credit is then transferred to the Marqeta account.

Marqeta is only available in the United States at the moment, although the company says it wants to use its latest funds to “aggressively expand its national footprint” and introduce new platform features.

It already has a pretty formidable partnership to kickstart that renewed drive for both consumers and merchants; Facebook. The company also announced today that its +M payments platform is powering the Facebook Card unveiled back in January.

Facebook launched a physical gift card scheme to boost its fledgling gifts service, which has waned in recent times. Interestingly, the card supported multiple account balances for different stores, which users could top-up or gift one another at any time.

“Marqeta has worked hard to create and commercialize the first multi-account commerce and payments platform accessible via a single card,” Jason Gardner, CEO and Founder of Marqeta said. “We are very proud that Facebook has adopted our technology, and look forward to a lasting partnership with them.”

The new system means that Facebook users can give their friends multiple gifts from different retailers on a single card. Once the transaction is completed, the friend is notified instantly and then receives the Facebook Card in the mail a few days later.

Where Marqeta goes next

The future success of the +M Platform relies on widespread support from retailers. Provided the company can encourage enough merchants to adopt the scheme, consumers should then follow, thereby increasing public awareness and the perceived value of the product.

The company, headquartered in California, was founded in 2010 and raised a $5.57 million Series A funding round in June 2011. Marqeta only launched its branded prepaid loyalty program last year, however; it was trialed in San Francisco and “modeled after the successful Starbucks card program,” whereby users were given money to spend in store, rather than points and product rewards.