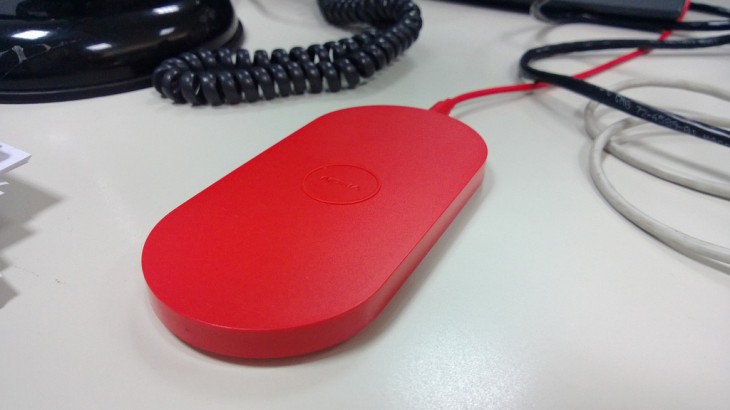 We live in a wireless world. Cell phones, Wi-Fi, Bluetooth, 2G, 3G, 4G — the always on, always connected world of digital devices is driven by the magic of wireless. But all our devices, from smart phones to laptops, still rely on cords and plugs for charging. Everyone’s had their cell phone become useless for the day when the battery dies and there’s nowhere to charge it. Battery life consistently shows up as a key factor in product ads, feature lists and reviews. As advanced and powerful as phones, tablets and laptops are, when that bar hits 0%, they’re as good as worthless without an outlet (the same outlet everyone else in the cafe or the airport wants to use).

Imagine if all you had to do to charge your phone was set it down in the right place. That’s the reality wireless power aims to achieve.

“Really it’s about having power everywhere you are, and not having to be limited by the amount of power you can carry with you in a battery or some other matter,” explains Joshua Schwannecke, an engineering manager at Fulton Innovation. Fulton is a development and licensing company working on technologies that can improve people’s lives — like wireless power. “The idea is that, any device that you have that requires any sort of power right now… should be able to be powered in all of the spaces that you are,” explains Schwannecke.

Power Is the Final Cord to be Cut

Power is the final cord that needs to be cut for complete wireless freedom. Not only does the technology exist, it’s already showing up in consumer technology. 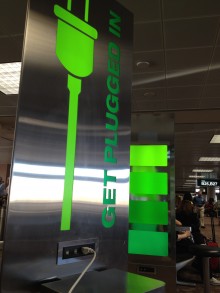 Called magnetic induction, the technology allows power to be transferred without wires. You simply have to set your device — phone, laptop, tablet, or anything else with an embedded receiver — on a charging station, as the technology works best over short distances (the greater the distance the less efficient the transfer is, but there are companies experimenting with transmitting power over further distances, and the limits could change as the technology advances).

However, distance isn’t much of an issue because power transmitters can be embedded in places phones and other devices are normally set down, like the tables at a cafe, desks at work, the bedside table at a hotel room, or even the furniture in your own home (which someone has already done with their nightstand). Schwannecke says they’re working with furniture manufacturers to make this happen.

Charging stations and cases that work with current phones like the iPhone (the Duracell Powermat, for example) are already available, and eventually the receivers will be built-in to phones and other devices. The recently released Nexus 4 can be charged wirelessly, as well as the Nokia Lumia 920, and there’s been speculation for years about wireless charging being built into an upcoming iPhone. Wireless power is already becoming commonplace in Japan. Stateside, Intel has demonstrated a laptop with a wireless charger built-in and the 2013 Dodge Dart is the first car to offer a wireless charging mat inside, and there are now other cars offering the same capability.

An important element of all this is compatibility — all devices and charging stations must interact seamlessly, or the concept would crumble. That’s where the Wireless Power Consortium comes in. Dedicated to facilitating a standard for wireless power so that devices and chargers from different companies work together, the WPC has over 100 members, including Fulton Innovation and leading technology brands like HTC, LG, Motorola, Nokia, Panasonic, Philips, Samsung, Sony, Toshiba, and Verizon.

However, the WPC’s Qi standard is not universally accepted; the much-talked about WiTricity Corporation has a competing, proprietary standard and many associated patents (WiTricity’s technology is designed to work through the air, but the problem of decreased efficiency as the distance increases still exists). But the prospect of a future with less wires is exciting regardless of which standard takes us there.

“So the psychological barrier of using a plug is gone,” he explains, “And that’s a significant accomplishment in usability. It may seem trivial, but it makes a big difference because it makes it possible to constantly charge your phone, and top it off.”

Treffers and Schwannecke both expect wireless power to eventually be as ubiquitous as Wi-Fi. Just as nearly every cafe now offers Wi-Fi for free, one day they might all offer wireless charging as well (although unlike Wi-Fi, costs do go up with usage, so cafes and other establishments will have to decide if they want to charge for power or offer it as a perk to lure customers). “We [will] see this appearing in almost everywhere you sit down for a while, so coffee shops, obviously, but also other retails, [like] restaurants, you sit down, you put your phone on the table, and it charges. Without you even thinking about it,” says Treffers, “And that’s what wireless charging is about.”

The obvious application for the technology is with portable devices, but its potential goes far beyond that.

The technology could be used to charge electric vehicles, for example. Transmitters could be embedded in parking lots, or even at stop lights (or along the highway, but the distance would make the transfer less efficient). Charging a car takes a lot of power — but Fulton Innovation’s eCoupled technology includes identification, which can be used to create a “secure communication link” to charge money for using power. So you might pull into a parking lot, pull out your smartphone, and buy a certain amount of electricity (cafes or airports could also sell power instead of providing it for free).

Then there are medical applications, like charging medical implants wirelessly, which could greatly improve the quality of life of people who rely on medical technology, by avoiding the need for invasive cords.

And Schwannecke assures me it’s safe, as he says the magnetic fields produced by the technology don’t interact with the body, at least not at the levels present when charging consumer technology. Fulton Innovation is able to use research done for MRIs to ensure that unsafe limits are never exceeded, he explains, and the fields that are generated are “well below [levels] that have ever been shown to have any impact.” The eCoupled technology also detects what the power is being transferred into. “We call that foreign object detection,” explains Schwannecke, “So one of the things we’re doing with wireless power is always looking to see if what’s receiving the power [is] the intended receiver — so that’s cell phone, laptop, electric vehicle — or is it some foreign object. And we can detect that very very quickly.” Then the power supply can be cut off, or the user can be alerted.

As for how it works, the principle is actually simple — at least when Schwannecke explains it.

It’s really a principle that’s over a hundred years old, originally developed by Nikola Tesla, and what happens is that when you have a coil of wire that you run current through, it creates a magnetic field. So we create that magnetic field, and then we have another coil of wire in the receiver that turns that magnetic field back into an electric current. So that shared magnetic field that we call “induction,” “magnetic induction,” is taking the electricity from one side, converting it to something that’s gonna be able to pass through air, plastic, water, and then converting it back into that usable electricity on the other side.

The biggest issue is the classic chicken and the egg dilemma, common to new technologies that require widespread adoption to reach their fullest potential. Wireless power is most appealing when charging stations are everywhere, and yet there’s no incentive for businesses to install them until a significant number of people have compatible devices. Unfortunately, this will slow adoption of the technology, but it’s a problem that only time can overcome. “It’s a matter of getting it all organized,” says Treffers, “you have to play with creating infrastructure for charging, getting people to have chargers at home, and introducing it into products. That requires some coordination in the industry.” He doesn’t think it will be a significant problem, however, “because as a consumer you already have the benefits if you just buy the phone and a couple of chargers, for your house, for your office, and you’re already pretty good. And you really see the benefits already.”

Treffers again compares it to Wi-Fi, which took years to become commonplace. He expects wireless power will follow a similar path, and it’s still at the beginning. “Once the install base of phones is significant, and really integrated to phones, it becomes very attractive to offer it in locations where you sit down for a while. Because it will attract customers,” he says, giving the example of a Starbucks where everyone wants the seat by the outlet, which demonstrates that “there’s really a demand for this.”

So is wireless power the next big thing in technology? A leap that’ll change the way we interact with the devices we use every single day?

“It has the potential to really change people’s lives,” says Treffers, “Because it takes away the anxiety of having an empty battery.”