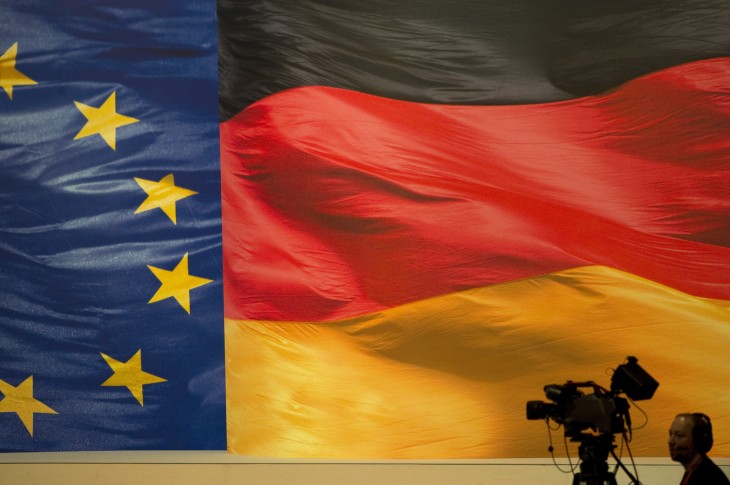 Adblock Plus, a free-to-use service that blocks unwanted adverts across the Web, has responded to a number of news outlets in Germany that are encouraging their readers to disable the free-to-use adblocker on their respective sites.

Spiegel Online, Sueddeutsche.de, Faz.net, Zeit, Golem.de and RP Online launched a joint campaign asking users to abandon the tool, or at the very least setup an exception rule for their particular site.

The top of the Spiegel Online front page says (translated): ”Spiegel Online is for you free of charge. We’re entirely funded by advertising. Adblocker means for us that we do not get paid for our work. We therefore ask you to refrain from Adblocker or allow an exception rule for Spiegel Online.”

A link then redirects users to a separate webpage explaining, in detail, how they can set up an exception rule for any of the supported browsers.

Till Faida, co-founder of Adblock Plus, defended the service and said it was “part of the solution, not the problem.”

“The online advertising industry is unfortunately not yet to a large extent innovation friendly enough to engage in alternatives to flashing banners,” he said (translated). “The reason is that many do not understand the Internet and simply copy the concept of TV advertising. But the Internet is a democratic medium: users can impose anything on here and users may decide with the help of tools like Adblock Plus when and what kind of advertising they are willing to accept.”

A problem shared by all media outlets

Both parties pose a valid point. If every reader decided to use Adblock Plus, thereby removing every advert from a news publication’s website, the number of clicks for those adverts would nosedive. Advertisers, in turn, would choose to remove their adverts from the website, thereby cutting off the only revenue stream for a website like Spiegel Online.

Readers don’t want irritating pop-up and banner adverts. But at the same time, they don’t want to force their favourite news publications out of business.

Adblock Plus argues that it is fully aware of the funding model used by most online news outlets. The company has already launched an initiative to allow unobtrusive and so-called “acceptable” adverts to be displayed by default.

Stefan Ploechinger, editor of Sueddeutsche.de, said in an editorial (translated): “Roughly speaking, we now have half as much advertising on the page than two years ago and still no loss.

“The response to this change has been overwhelmingly positive from readers: No complaints about the ads, a lot of praise for the new design. We have also our privacy policies explains how you can disqualify personalized advertising, if you bother to it – and this in the sense of you, our readers.”

The issue, it would seem, should revolve not around whether users should disable Adblock Plus altogether, but whether the adverts used by these news publications should be included in its Acceptable Ads intiative. If it can prove that they are unobtrusive and “acceptable” in accordance with Adblock Plus’ guidelines, everyone should win; media organisations get to show adverts, readers get to avoid annoying adverts and Adblock Plus keeps its thriving userbase.

Related: Reddit is whitelisted by Adblock Plus for only using ‘acceptable ads’ / After getting booted from the Google Play store, Adblock Plus releases new Android app with automatic updates

Read next: These $1,000 ceramic speakers from Joey Roth are the "anti-Jambox" approach