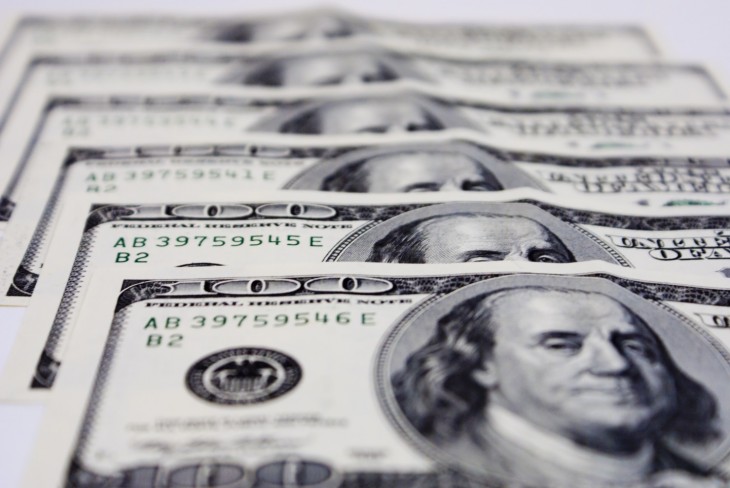 It’s on. The Android tablet race to the bottom has been restarted, and it’s got a new price tag: $100.

Acer on Friday held a press event in New York City, announcing three devices: the Aspire R7 (a desktop/laptop combo), the Aspire P3 (an ultrabook), and the Iconia A1 (a tablet). The company saved the best for last: the 7.9-inch A1 is priced at just $169.

The last edition of the Android tablet race to bottom ended at about $200. OEMs were getting very close to the mark about two years ago with $250 announcements, but then Amazon finally set the bar by debuting the 7-inch Kindle Fire back in November 2011 at the ridiculously low price point of $199.

Google wasn’t amused and in June 2012 announced the 7-inch Nexus 7, a tablet also priced at $199. Many still consider it the best Android tablet on the market.

Amazon hit back in September 2012 by slashing the original Fire model to $159 and launching the 7-inch Kindle Fire HD for $199. Yet few people want an “old tablet” when the price difference is so small, and as we saw with the latest quarterly figures, Asus (the manufacturer for the Nexus 7) outsold Amazon in Q1 2013.

Some argue that Google won the last battle with its Nexus 7 device, offering the best Android experience at essentially the best price, while others would say Amazon has been pushing the envelope further than anyone else. That was all in 2012 though, and it’s clear from today’s Acer announcement that 2013 will see tablets priced even more competitively than before.

You might be saying: wait a minute, aren’t their already tablets priced under $200 and even under $100? Sure, given that Google essentially hands out Android for free, there are companies constantly looking to undercut the mainstream options. Yet these are low-quality products with shoddy hardware and older versions of Android. I want to talk about offerings from top OEMs that offer the latest and greatest Android experience.

Acer is in the top five list for OEMs in terms of PC shipments. The company’s newly-announced Iconia A1 runs Android 4.2 (Jelly Bean), the latest version of Google’s operating system, just like the Nexus 7. Here are some basic specifications: 1.2GHz quad-core processor, LED-backlit IPS display, and 7-hour battery life.

In other words, the A1 is a budget tablet, but it’s still very competitive. The $169 price tag may be just $30 cheaper than the Nexus 7, yet it’s worth noting that’s a 15 percent savings. I would argue that this is just the beginning. Acer likely decided to undercut the now-standard $199 price tag for one big reason: Google I/O.

This year’s Google conference, tickets for which sold out in less than an hour, will be held between May 15 and May 17. That’s less than two weeks away.

Google is widely expect to announce a second-generation Nexus 7 at the event. A recent Reuters rumor said the device will go on sale in July.

The expected price? $149. All of this is happening in just the first half of 2013: competitors such as Amazon will have more to reveal in time for this year’s holiday season.

Read next: Mozilla teams up with OTOY to bring plugin-free desktop app and HD video streaming to the browser