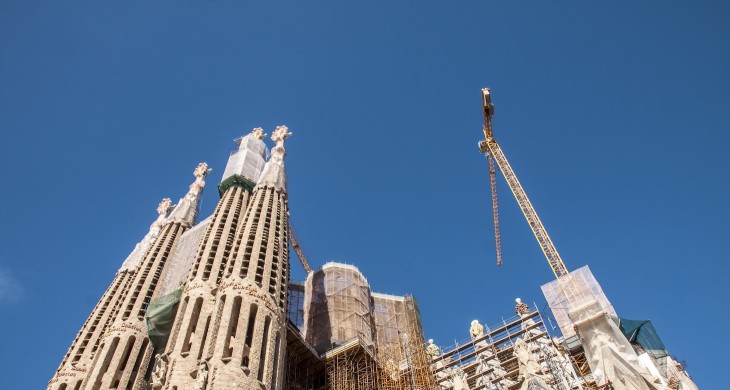 I had it all figured out.

I was going to write a solid feature on the Barcelona startup ecosystem, how it has so many things going for it and yet would probably never become a thriving tech hub like London, Berlin or even Paris or Moscow.

I’ve spent the past few months living and working in the city, and I’ve had a great deal of conversations with entrepreneurs, investors and people otherwise involved in the local startup community from day one.

At a given point, it was clear as day in my mind: Barcelona wasn’t really ‘igniting’ the way some people – both ‘insiders and outsiders’ so to speak – perceived it to be. Like in any city this size, entrepreneurs were being entrepreneurs and thus things were happening, but there wasn’t nearly enough movement to deem it one of Europe’s ‘hot’ tech hubs.

I even had a nice working title for the piece: Barcelona had an abundance of quality ingredients, but not enough top chefs running star kitchens.

I was going to use the ‘quality ingredients’ metaphor to address some of the following aspects of Barcelona: a vibrant, beautiful, cosmopolitan city with a mild climate that attracts a seemingly continuous stream of travellers (many of which decide to stay), an array of great technical and business schools, talent, a ‘connected’ Spanish market that could readily be targeted if only for starters, high smartphone penetration country-wide, an active local community with members who very regularly meet up to share knowledge, well-connected to the rest of the world in terms of transportation, and a generally supportive local government.

I would talk about how I’m witnessing the steady sprouting of new startup accelerators, incubators, co-working office spaces and meeting venues, the fact that local entrepreneurs have banded together to create a successful startup job fair and blog basically from scratch, and how the cost of living here is relatively low or at least low enough for companies to be able to attract (needed) foreign talent – ironically, largely thanks to the horrid economic crisis that continues to wreak havoc in Spain.

I would argue that there are some amazing Internet companies doing innovative work out of Barcelona, including the likes of private sales giant Privalia, Social Point (one of the leading developers of social games worldwide), GetApp (which runs a – profitable – marketplace for business apps), keyboard app maker Siine, freshly funded startups 3scale and Marfeel, enterprise social network Zyncro (rumored to be in acquisition talks), collaboration software startup Teambox and many others.

The startup scene in Barcelona is sizeable, too, if a bit spread out across the entire city rather than a central cluster. International private investors looking to come here and discover some hot opportunities to invest in very early on (just a few hints: Smadex, Knok, Viclone, Robot Media, Yuilop, Nuroa and Kantox) will likely need more than just a few days on the fringes of Mobile World Congress to really take a deep enough dive.

If nothing else, it’s impossible to look past this: I found Barcelona to be home to many, very hard-working (both local and expat) entrepreneurs, talented developers and engineers, and the plentiful startup pitches I’ve heard so far are as good or better than those I’ve heard elsewhere.

That includes London, Berlin, Paris, Helsinki, Stockholm or any other Western-European city where the best (or at least most-hyped) tech startups on this continent seem to always originate from if you only care to scratch the surface of the broader ecosystem in Europe.

Is there cash flowing in Barna?

My plan was to then move on to the negative side of things. How there were almost comically few funds doings early-stage investments – you can count pretty much all of them in Barcelona on one hand – and how exits of local Internet companies have been few and far between (notable exceptions include eDreams, Wuaki.tv and Softonic).

This perceived lack of seed-stage money that helps startups clear the typical hurdles in the beginning of their journeys was a massive problem holding Barcelona-the-next-big-startup-hub back, I was going to argue, as was the shortage of big exits that is barring entrepreneurs from becoming a generation of savvy angel investors that could keep the cycle going.

I would have written how many entrepreneurs in Barcelona aren’t able to build innovative technology outfits from scratch as a result of this and other effects of the economic turmoil, and that it acts as an obstacle for those who have already built such companies but have a burning ambition to grow them into European or even global leaders.

That was the plan, at least.

Instead, the numerous conversations I’ve had with members of the local startup community in the past three months have taught me that such a write-up wouldn’t exactly reflect reality.

The truth is that there’s not really a shortage of early-stage capital in Barcelona, and by extension, Spain (although most of the country’s entrepreneurial activity is concentrated in Barcelona and Madrid).

Investment firms like Nauta Capital, Active VP, Highgrowth, Caixa Capital Risc and Inveready could use some competition, for sure, but all of them are continuously scouting the scene for new investment opportunities, and they are all quite actively involved in the community.

Then there are accelerators and incubators like Telefónica’s Wayra and SeedRocket, and helpful government-funded initiatives such as Barcelona Activa doing their part to make sure promising fledgling startups at least have a chance to get to market.

And if I thought there was a lack of angel investors here, I was terribly mistaken. Take super angel fund managers – and brothers – Luis Martin and Jose Cabiedes, Doctoralia founder Albert Armengol, entrepreneur and angel investor Marek Fodor and several others as examples.

To discount the work these prolific and sage investors are doing would be painting the wrong picture of Barcelona as a startup ecosystem, however embryonic it may be.

Clearly, cash and support for the early stages of a business are available aplenty here. From now on, I’ll be sure to tell any Barcelona startup founder that informs me otherwise that he or she is either not looking in the right places, or the business simply isn’t worth its salt.

A work in progress

It may still be in its infancy, but I find it increasingly difficult to come up with anything the Barcelona tech startup ecosystem doesn’t currently have going for it. To me, at this point it’s not a question of if, but when everything will come together for the city to live up to its potential and become home to some really big tech companies.

An honorable mention goes to Barcelona Activa, which was founded back in 1986 to stimulate economic growth of the city. It operates a large incubator in the so-called [email protected] area, a central business district in Barcelona’s formerly industrial area of Poblenou, and undertakes many activities to foster the burgeoning startup scene, support entrepreneurship and battle unemployment.

Going beyond simply providing space for offices and entrepreneurship training programs, Barcelona Activa’s mission is to be the reference organization for policies supporting enterprise companies, job creation and working on the international ‘sex appeal’ of Barcelona for businesses.

One startup story worth highlighting in my opinion is that of Gloria Molins, a buzzing female entrepreneur who’s building Trip4real, a booking site for local experiences not unlike the recently-acquired Gidsy.

A Barcelona native, Molins lived abroad for eight years, working for big companies like Hilton, HP and a big network dedicated to Google Apps, before deciding to come back home to the Catalonian capital to start her own company and do her part to battle the economic crisis.

She truly believes Barcelona is at a turning point, and that young people like herself, who’ve seen other parts of the world, can give something back to the city in terms of creativity, energy and optimism.

Molins (pictured below on the left, with Trip4real co-founder and COO Verónica Brezzo on the right) describes it as “contributing a grain of sand” to turn Barcelona into the next big entrepreneurial tech hub in Europe, but the truth is there are many like her, and it is exactly what the city needs.

The gist is this: despite some shortcomings, Barcelona is in an excellent position to break through as the next big European tech hub, where entrepreneurs can come to build a world-class startup and soak up a mesmerizingly beautiful city and enjoy a great lifestyle to boot.

In a sense, Barcelona-the-tech-hub indeed reminds me a lot of the Sagrada Família, the iconic church designed by Antoni Gaudí.

It’s big, already worth paying a visit but still very much under construction.

And it will grow all the more beautiful as time progresses.

Read next: Asana unveils Organizations to support the enterprise, with added team visibility and IT controls