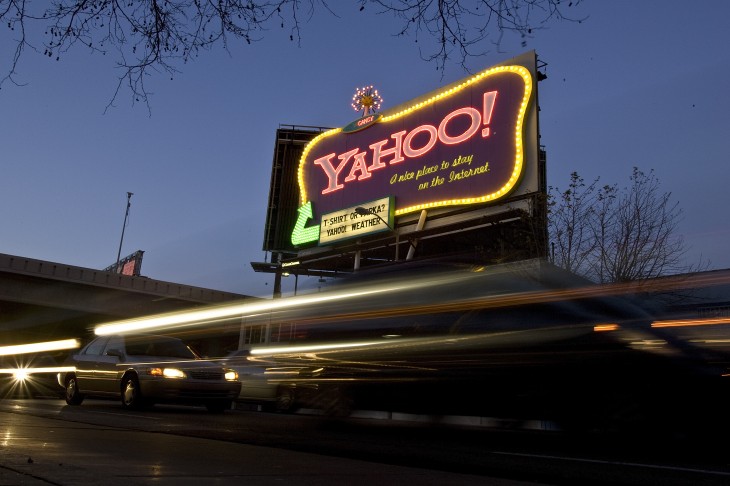 Yahoo announced on Monday the addition of six new original Web shows to its lineup happening this year. Featuring well-known actors John Stamos, Zachery Levi, and Cheryl Hines, these series look to help the search company capture more views to its heavily trafficked network of sites. Furthermore, Yahoo has gone out and made some changes to its partnerships — specifically adding in a new one with the World Wrestling Entertainment (WWE).

Henrique de Castro, Yahoo’s Chief Operating Officer, says that “Yahoo’s unique mix of content and technology leads not only to powerful and personalized experiences for our users, but also to greater distribution for our partners and higher return for our advertisers.”

Additionally, he says that with the addition to its entertainment services, it “signals where Yahoo is headed: beautiful product experiences, exciting new content, big partnerships with the largest media brands, and extraordinary new ad experiences.”

Last October, prior to Yahoo’s release of its quarterly earnings, one of the things people were wondering was whether the then-new CEO Marissa Mayer would turn the company into a media or social one. It had been slowly shifting towards the former for a while, with signed deals with ABC News, CNBC, and DailyMotion. Yahoo even made a $300 million bid for DailyMotion — which was quickly ended by the involvement of the French government today.

But that hasn’t stopped Yahoo and it has continued to focus on creating original programming so that it drives more traffic to the site. Because after all, more site traffic means more ads seen, resulting in more revenue for Yahoo. Already, the company has “doubled” the original video programming on its site, which Erin McPherson, Yahoo’s Vice President and Head of Video says has helped it become one of the Web’s “largest content publishers.”

Here are the six shows that will be arriving on Yahoo’s network of sites this year:

Following the signing of an exclusive agreement with Saturday Night Live to stream its 38-year archive, Yahoo is back at it again. This time, the company has penned an agreement with the WWE in order to add “breadth to its existing portfolio of partner content, enhance its cross-screen experience, and attract new audiences.” Yahoo has also made some changes with its existing relationships with ABC and CNBC.

With the WWE, Yahoo will create a dedicated portal for the wrestling empire’s content. Starting this summer, content from the WWE’s shows will be made available globally on Yahoo’s network:

As far as ABC and CNBC is concerned, Yahoo will continue to be the hub for its non-television programming, with three series bringing their Web extensions to the site. Now, World News, Nightline, and GMA: Live will be features on Yahoo’s entertainment platform. What’s more, CNBC is also bringing another original co-production (its third) to Yahoo.

It’s about the advertising dollars

Yahoo is clearly gearing up to find new, entertaining, and engaging ways to bring more viewers to its network, potentially in hopes that some visitors will find one of its shows appealing and will continue to come back to find out what happens next. Like most media companies, Yahoo depends a bit on its advertising revenue and today, it announced the release of several new advertising formats.

Well-timed, these new ad placements could help Yahoo reach those watching its shows on any platform. If viewing the John Stamos series on your tablet, there’s one of the new ads. Or if you’re watching an exclusive John Cena clip from the WWE on your smartphone, a cleverly-placed ad could appear to attract your attention.

Yahoo’s Vice President of Product, Mike Kerns says that “both the placement of the ad and the look and feel will be native to the content. The targeting will be primarily based on your user profile.”

But before these ads can be targeted towards Yahoo’s users, it will depend on whether its original series and new partnerships will be hits.

Read next: The Internet Association, a group backed by Google and others, decries FBI's 'flawed' wiretap mandate