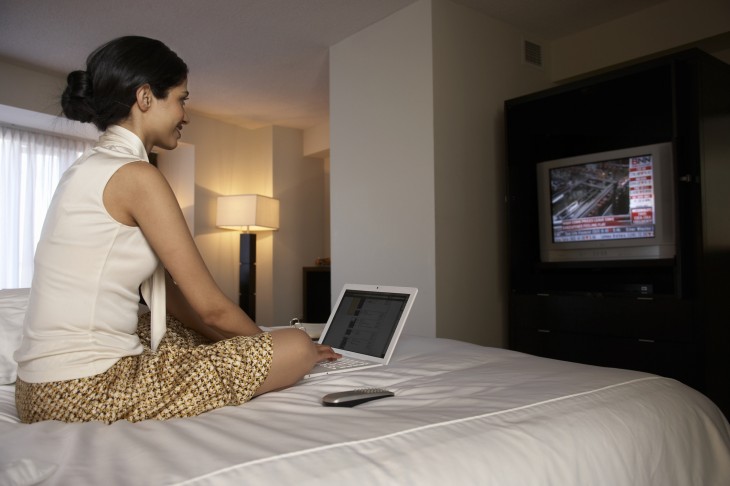 NextGuide, the second screen application created by Dijit, has teamed with USA Networks to sync its service with the channel’s popular TV shows. App users will find a more immersive experience when using NextGuide while watching “Suits”, “Psych”, “Burn Notice”, and dozens of other series that air on the channel.

With this synchronization experience, viewers can interact with what’s happening in the episode through the NextGuide app. It will offer behind-the-scenes views of the show, additional content, polls, trivia, games, and more.

Specializing in the second screen, NextGuide operates similarly to a TV Guide, but for more than just what’s available through your local cable provider. It displays shows and movies from Hulu Plus, Netflix, iTunes, and Amazon Instant Video. With the second screen, viewers are interested in sharing their thoughts using social media through devices that they have on them, whether it be a laptop, iPad or tablet device, or even a smartphone — we’ve become a connected society and being able to interact with the shows in real-time has become something of a norm now.

The adoption of this second screen technology is not a big stretch of the imagination for the USA Network. it was one of the first channels in the US to deploy a social platform encouraging fans to talk about its shows. With its Character Chatter service, viewers can send Tweets about their favorite shows and characters and track what’s trending.

USA Network has also been displaying hashtags on its shows to help curate what people say about specific topics. Additionally, it’s using RebelMouse with its Character Collage to help catalog what’s being said in the social space about its shows.

NextGuide says that the synchronization between its iOS app and the USA Network is worth a look because TV audiences are increasingly engaging in “Second Screen” experiences. It says that USA is taking a “distributed approach” so fans can engage with the content across any platform they have — now including NextGuide.

Through WatchWith, a television industry platform that provides second-screen content, NextGuide can connect with the channel to create “a full-screen, interactive experience for audiences.” Dijit, NextGuide’s parent company, integrated its service earlier this year that helped lay the foundation for the synchronization experience.

Read next: Google teams up with Fandango, SoundCloud, Songza and more to integrate app activity into search