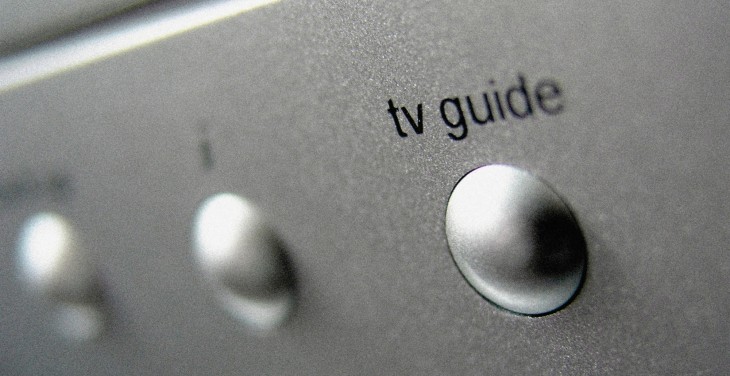 The TV industry is at something of a crossroads, with live-streaming and video-on-demand (VoD) gaining a firm foothold in recent times.

All signs seem to be pointing towards ‘online’ in terms of where the future of video lies, and one startup presenting at the Microsoft Bizspark Startup Rally today (TNW Conference Europe) is looking to tap into that trend.

The future according to Guide

Guide is a Miami-based startup that turns your favourite online news and blogs into videos. We last covered these guys back in February, just as it raised $1m and launched its service in private alpha.

In a nutshell, Guide turns your favorite online news, blogs, and social streams into videos, using what CEO and founder Freddie Laker calls “the latest generation in avatar and text-to-speech tech”. Indeed, a computer-generated figure reads and presents text-based content, so you can watch it “passively”, rather than reading it.

Laker says that Guide was inspired by TV’s increasing shift towards “appifcation”, adding that Internet users prefer watching video to reading by a factor of 2:1. “This preference will only increase as users move to these smart TVs,” he says.

Feeding into this is content overload – Laker states that 2 million blog posts alone are published each day, and Guide wants to help bring order to the chaos, via its automatically created video reports.

Guide and the Publisher Partner Program

During the Microsoft Bizspark Startup Rally today, Guide announced details around a new Publisher Partner Program, which will see The Next Web, PSFK and Worldcrunch join as the first three partners.

As part of this program, Guide plans to deliver premium content feeds from its publishing partners and will include features such as:

It’s an interesting concept for sure, and given we’re one of the launch partners, it’s one we’ll be keeping a close eye on for sure.

“Our goal is to make the output from our application indiscernible from real TV within the next three years,” adds Laker. “We believe in a future where video content will be created in real time leveraging all of the new technologies emerging today like text to speech, avatars, voice recognition, facial recognition, social media, semantic analysis, and big data. Our technology takes the first steps in creating real-time, dynamically-generated television content.”

Laker reckons the implications of Guide stretch far beyond the impact it can have for consumers. “From large news portals to mid-sized publishers, to individual bloggers: our tech allows them all to rapidly deploy video and smart TV strategies to expand their audience and revenue channels,” he says.

While Guide is kicking things off with newsreading, Laker says that Guide’s ambitious roadmap could lead to the creation of a user interface and interaction model for just about anything. “Our ambitions are part visual Siri, part HAL 9000, part Total Recall, part Minority Report and part Iron Man’s JARVIS.

So, Guide may be starting as a newsreader, but it has its eyes firmly planted on analyzing and indexing all sorts of content in real time, and representing it via rich media – this could include reading your email, the weather, to “quantified self” type data such as diet, exercise and energy consumption.

Guide is now in private beta, which you can sign up for now. Meanwhile, check out an official demo video below.

Read next: Tyba wants to make it easier for employers to find the perfect junior staff