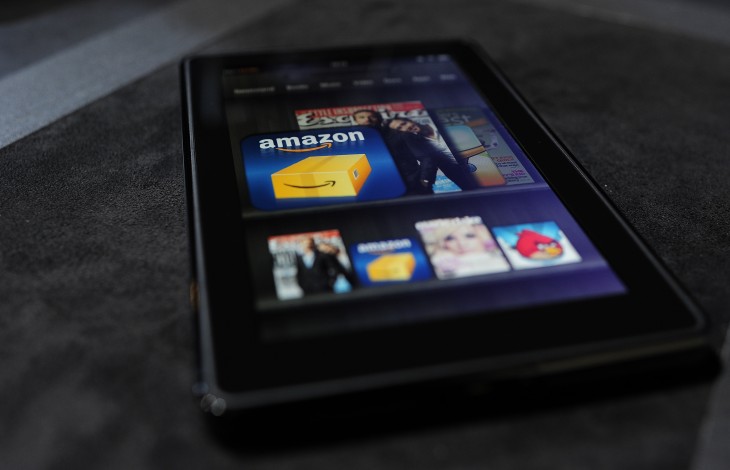 The number of device installs for free apps in the Google Play store is over ten times bigger than the Amazon Appstore in the United States, according to new research conducted by Distimo.

The mobile app store analytics company found that the top 200 free apps in the Amazon Appstore were downloaded 16 million times throughout March 2013 in the United States.

The top category was video games, spearheaded by Temple Run 2; the most downloaded free app in the store. Word4Pics: 4 Pics 1 Word by BrainVM Games followed in second, with the Kindle edition of Subway Surfers by Kiloo trailing in third.

The top publisher, based on free games, was Rovio Entertainment (surprise, surprise). Movie tie-in The Croods was its most popular application throughout March, which should be expected given that it’s the studio’s latest release. Imangi Studios remains in second thanks to Temple Run 2, with Disney close behind in third.

There’s a significant gap between the Amazon Appstore, a third-party app store built for its Kindle Fire tablets, but also available on other Android devices, and the Google Play store.

The free version of Fruit Ninja is a notable example. Distimo found that the app ranked ninth in the Amazon Appstore, with 250,000 downloads in March. That’s in comparison to 2.3 million device installs from the Google Play store, or 9.1 times less.

Temple Run: Oz, a mashup between Disney and Temple Run creators Imangi Studios, was ranked fifth in the Amazon Appstore, but shared a similar fate throughout March. The app was downloaded 3.4 times less than it was in the Google Play store.

The top paid application was Minecraft: Pocket Edition, a portable take on the sandbox building extravaganza created by indie developer Mojang. It’s an unexpected leader, given that it’s priced at $6.99, far higher than its closest rivals Bike Race ($0.99) and Cut the Rope ($0.99).

The number of paid downloads in the Google Play store was still roughly twice the size of those from the Amazon Appstore, when considering only the top 1,000 paid applications.

Consumers associate the Amazon Appstore with its Kindle Fire and Kindle HD tablets, so the vast difference in downloads perhaps shouldn’t come as a surprise. The Google Play store comes pre-installed with almost every Android device and for the most part, it works very well. Until Amazon can offer Android users a vastly superior experience with its own third-party store, this state of affairs is likely to continue.

Read next: PayPal president is fascinated by Bitcoin, says company is 'thinking about' including the virtual currency