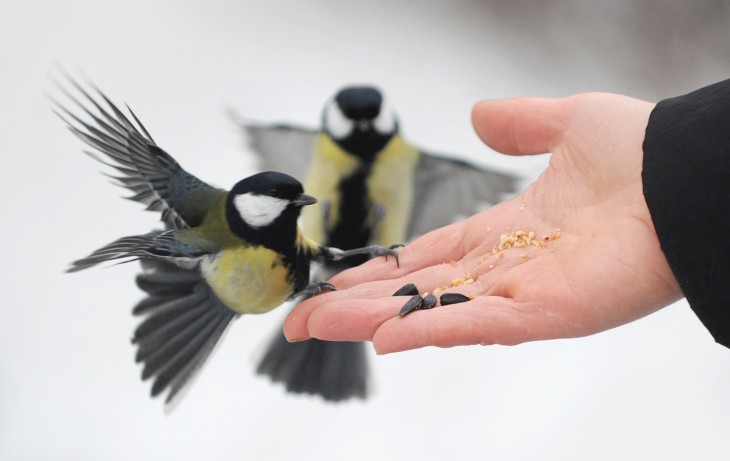 Social commerce and payments platform Chirpify has raised a $2 million Series A round of funding from Voyager Capital. The company says that it will be using the newfound capital to further its growth in the payments space and help customers purchase items from within Twitter, Facebook, and Instagram.

Alongside this achievement, Chirpify announced that it had added three new customers with exceptional influence: sports brand Puma and rappers Lil Wayne and Snoop Dogg.

Chirpify has similar characteristics to other services like Ribbon and Soldsie. It allows anyone to sell an item right from within a social network, essentially saving the potential buyer a click in order to purchase the item. However, one main difference Chirpify has is that it offers purchases in-stream. Ribbon recently tried to implement this within Twitter, but was quickly shut down.

The company first hit the scene with its “Tweet-a-Beer” campaign during SXSW. It centers around having someone post a Tweet advertising something for sale (e.g. “a t-shirt”) and those interested will send a response back indicating their desire. A DM to confirm the purchase follows.

All payments are processed through PayPal, which offers a bit more protection for buyers and sellers to avoid participating in fraudulent transactions.

The company last raised $1.2 million from investors including now-repeat firm Voyager Capital, Hootsuite CEO Ryan Holmes, TiE Oregon Angels, BuddyTV Andy Liu, and others. Chirpify said that it is adding more than 300 users each day and even touts a 5 percent conversion rate.

After a year of operations, the company has dozens of recognizable brands that it has partnered with, including Adidas, the rock band Green Day, and country star Keith Richards. Part of its new capital will be used to grow its sales and marketing teams to foster more partnerships and build on customer acquisitions. It will also continue to work on bringing its in-stream platform to other social networks.

Now that we have built a robust engine that enables in-stream commerce on the top three social media platforms, have acquired top tier brands, celebrities and musicians, powered hundreds of thousands of dollars in transactions, and are seeing rapid consumer adoption, it’s time to accelerate our growth and continue to re-invent the way businesses and consumers transact and monetize social media.

The addition of Puma, Lil Wayne, and Snoop Dogg (or is it Snoop Lion now?) could potentially help Chirpify reach a whole new audience. Especially with the success of the two rappers, the service could help in the sales of new artist singles, memorabilia, and more. Puma could definitely leverage it for the World Cup tournament and maybe help increase ticket sales for other sporting events — it sponsors dozens of athletes so it’s not that far-fetched to leverage their star power to help sell to a really large audience.

Read next: Tesla Motors denied Virginia dealership license, but sees hope in battle with Texas to sell in state