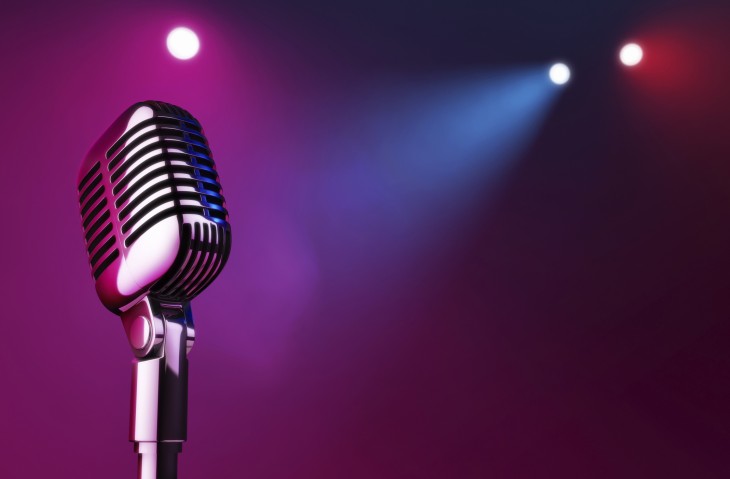 Music service Grooveshark announced on Monday that it will soon be launching a new service called Broadcast. The premise behind it is that it will allow anyone to create their own radio station. Similar to BlogTalkRadio meets Turntable.fm, Broadcast will let any user stream music or audio files to their followers while also allowing anyone to suggest things to play and vote for what they want to hear.

With Broadcast, the company looks to take the concept of a traditional radio DJ and bring it to the Web. The service allows anyone to create their own station and it’s free to use and quick to begin — users need only tap on a link to create a Broadcast and then add a song to begin streaming. In typical DJ fashion, a personalized message can also be included at any point of the broadcast.

The service also includes a real-time chat feature, analytics, music suggestions, and even voting for requested songs or audio file — something Grooveshark CEO and co-founder Sam Tarantino says is part of the “first ever truly democratized radio platform.”

Creating one’s own radio station is different than what a user would find on Pandora or Slacker. Tarantino tells us that with the former, it’s machine broadcasting, while the latter is on-demand streaming, but controlled by the company, not by the user. With Broadcast, anyone can create a station and share it with their friends and family using Twitter and Facebook.

While Grooveshark is predominantly a music service, Broadcast makes it possible for all types of audio files to be share, so that means a talk show format station could be created. Imagine conference goers streaming talks from keynote sessions and other panels to help those unable to attend hear exactly what was discussed. Or, perhaps recordings at a music festival like Coachella or Burning Man could be streamed too.

While the service is free to use, users can expect to hear ads placed throughout their broadcast. Grooveshark is also in talks with record labels to license their content through revenue-sharing deals. In the future, audio files played in someone’s broadcast will be available for purchase through a service like iTunes or Amazon, but not right now.

For right now, Grooveshark is making Broadcast only available through the Web, which should suit most of its users. According to Tarantino, Grooveshark has 30 million monthly unique visitors, of which 20 million access the service from the Web. Mobile and tablet integration is planned, but not for at least the next couple of months.

What’s of interest is that broadcast stations are not permanently online. Rather, if the station creator logs out of Grooveshark, the station ceases to exist. Tarantino says that creators can cede control to someone else in order for the station to continue streaming.

Grooveshark is a service that let’s anyone listen to music on-demand at no charge. It has a listing of more than 15 million songs. In 2011, the company found itself embroiled in several lawsuits brought to it by Universal Music Group and also EMI. The labels claimed the music service illegally uploaded music or breached its contract by not paying royalties. Naturally, Grooveshark denied these claims.

Companies competing against the service include Deezer, Last.fm, Spotify, and others.

For those users interested in checking out Broadcast, Grooveshark is actually not making it available until April 24. However, the company is giving some users an “exclusive sneak peek” beforehand on its preview site.

Read next: Geeksphone's Firefox OS smartphones go on sale tomorrow, but will there be buyers?