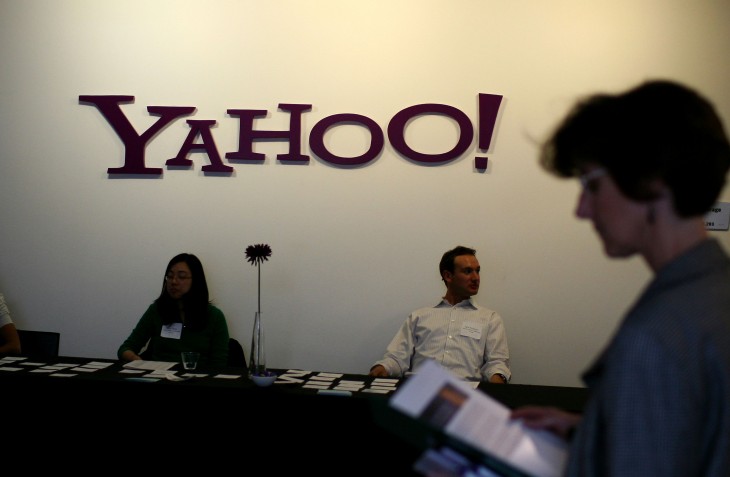 During Yahoo’s Q1 2013 earnings call on Tuesday, company CEO Marissa Mayer told investors that she is seeing continued stability for Yahoo. However, the turnaround isn’t over as Mayer believed long-term success was going to be determined by a “series of sprints”. The first of such sprints, involving improving Yahoo’s workplace standing and employee belief in the company, was declared to be over.

Earlier today, the company announced that it had revenue of $1.14 billion in revenue which didn’t impress anyone, but its $0.35 earnings per share did beat market predictions. While not disappointing, it is the third straight quarter that the company did not report a loss under the reign of Mayer and some could even be optimistic about the company’s direction.

One of these sprints Mayer spoke about involved managing talent within the company, including reviving the belief that her company was a great place to work and to get people to believe once again in the company. She said that to date, there have been at least 560 employee-focused initiatives implemented to bolster morale, including a new program designed to encourage employees to test new products.

Besides appeasing internal employees, the company is going after external applicants — this quarter alone, resumes for jobs have tripled and the number of candidates that it has spoken to has doubled. Even former Yahoo employees are returning — 14 percent of new hires are so-called “boomerangs” (nearly 1 in 7 hires).

And it doesn’t just stop with filling new positions as Yahoo also sought this quarter to build out its leadership team, including the promotion of Laurie Mann to the role of Senior Vice President of Search, where Mayer said he played an important role in helping establish a partnership with Microsoft. In addition, the company went outside its walls by bringing in Bob Stohrer as its Senior Vice President of Brand Creative.

In the end, Yahoo’s CEO says that companies with the best talent win in the industry and feels that Yahoo is certainly “back in the game.”