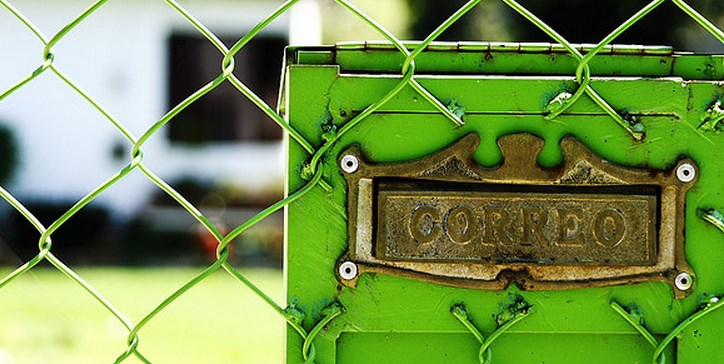 The IRS can read your email without a warrant, and it won’t promise not do so. The larger technology press has been atwitter today on the issue. CNET led the wave, stating that the “Internal Revenue Service doesn’t believe it needs a search warrant to read your e-mail.”

This is correct, to a certain extent. Under current law, the Internal Revenue Service (IRS) doesn’t merely think that it can read your email sans warrant, it in fact can. Perfectly legally. If you have missed the drama surrounding the Electronic Communications Privacy Act (ECPA), it’s time to strap in.

Under the ECPA, emails that are more than 180 days old, or have been opened, can be summoned and read by the US government with a simple subpoena. How hard is it to secure this legal sinecure? As TNW reported previously:

To acquire approval to read those emails, all the police must do, in the words of The Hill, is “swear an email is relevant to an investigation.” Presto, you have a subpoena.

However, folks were outraged today to find out that the IRS, as part of the government, might use that authority to in fact read your email. The obvious gut reaction to such a digital prostate examination is the context of an audit. No one likes those.

Here’s the good news: there is work underway to reform the ECPA to require a warrant to read your email. Such a bill passed the Senate last year in the prior Congress. Work in the House could see something similar passed this year. In California, a State Senator has proposed changing the local laws to require warrants for the reading of email.

In the House, the Online Communications and Geolocation Protection Act (OCGPA) is a rising favorite among privacy advocates. As our own Ken Yeung reported recently:

If passed and signed into law, law enforcement officials would be required to obtain a warrant “based on probable cause” before they can track someone using a GPS device or cell phone location data.

The OCGPA also protects a blanket of digital communication from warrantless inspection.

There has been discussion today of a court case, United States v. Warshak, which led to a decision that a seizure of email without a warrant abrogates the Fourth Amendment. However, as it was a circuit court of appeals decision, it isn’t binding unless a higher court either takes up the case, and affirms the decision, or declines to hear it. To the best knowledge of TNW, neither has happened. Thus the Warshak decision isn’t binding. Thus, in this case, it doesn’t matter.

Until we reform the ECPA, the IRS reading your emails is but one small part of a larger problem. Call your elected representatives.

Read next: Uber issues statement denying it has any taxis bearing its name servicing San Francisco