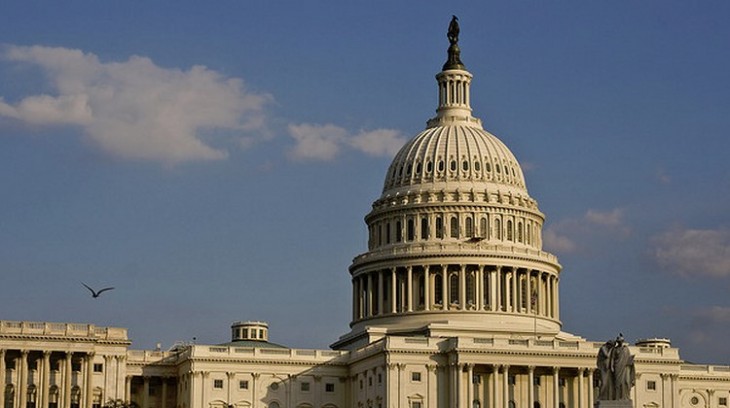 The debate on STEM immigration may be in a Congressional lull at the moment as the Gang of Eight dithers and other proposals wither, but all parties involved have something new to think about: the 85,000 high-skill visas open this year were overbid in just 5 days.

STEM, a now-common acronym, stands for those trained in science, technology, engineering, and mathematics.

In short, companies looking to hire foreign talent managed to blow past this year’s open slots in less than a week. According to the Los Angeles Times, this will result in a lottery to handle the demand; extra demand will thus be managed by the random allotting of slots. In the view of the LA Times, this isn’t so good a system:

A superstar software engineer sponsored by Microsoft has the same chance of landing an H-1B visa as does a person hoping to work for a lesser-known company.

Randomness and caprice: the buzzwords of our immigration system.

Now, why not raise that cap? There has been talk of it, but the universally popular idea of raising the visa cap for STEM individuals is all but halted at the moment.

A side note: Why is it bad to have a H1-B visa lottery, and just fine to have a Green Card Lottery? In short countries are free to prioritize their immigration systems, and so to constrain the flow of highly-skilled, likely entrepreneurially minded folks is simply bad policy. At the same time, having a mechanism by which anyone can have a shot at long-term residency, regardless of skill is quite egalitarian.

Another proposal in the Senate appeared poised to force the issue: The Immigration Innovation Act. It did the following, as reported by TNW at the time:

Completely end the cap on the total, yearly number of H-1B visas that American companies can apply for, providing that they are applying for a foreign graduate with a technical degree of an American university. TNW isn’t sure, but we’re assuming that degrees that fall under the “STEM” rubric are what will be required.

Improve the extant H-1B system by adding 40,000 slots each year. Also, the act would grant more H-1B visas based on market demand, provided that the new 115,000 visa ceiling was reached before the end of the year. This system would have a final cap of 300,000.

It was criticized by those hunting for a ‘comprehensive’ immigration reform package, and not something that would come in pieces, regardless of how useful each morsel could have been. No comprehensive bill has been proposed, let alone agreed on in spirit by a small group of Senators tasked with behaving like functional legislators.

That said, we are out of STEM visas for the year, sorry. If you were looking to hire, you can take a shot at the lottery, if you think that it is worth your time. It took, according to TechCrunch, more than 2 months to burn through the 85,000 slots last year. Perhaps in 2014 we’ll run dry in a single day.

Inside the realm of technology, folks are banding together to try and fight for the sort of immigration policy that would help unlock more growth in the sect or. How far Mark Zuckerberg will get remains to be seen.

Read next: Meet the SandFlea, an 11 pound robot that can jump over buildings