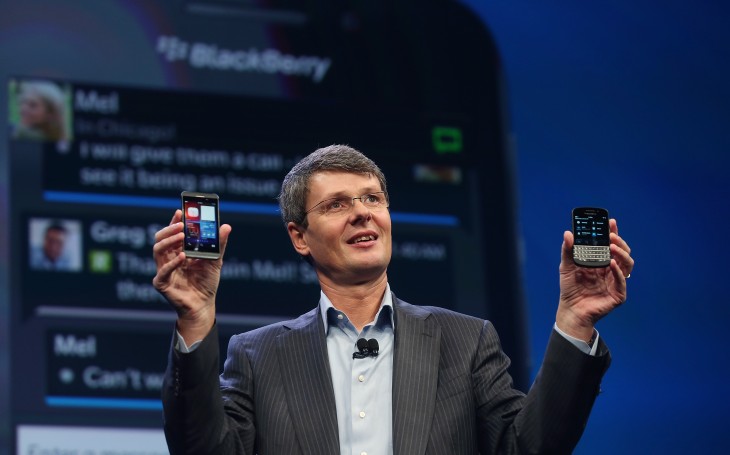 Pre-orders for the BlackBerry Q10, the second handset to be launched with the new BlackBerry 10 mobile operating system, have opened in the UK on Carphone Warehouse today.

The device is available SIM-free for £579.95, allowing users to take it elsewhere and choose their own call, text and data plan. Consumers can also snap it up for free, however, on a two-year contract with Orange, O2, Vodafone and EE. BlackBerry says contracts will also be available from Three and TalkMobile, although at the time of writing they weren’t shown on the Carphone Warehouse website.

O2 has the cheapest tariff, offering unlimited minutes, texts and 1GB of data for £32 per month. In comparison, Vodafone has started their own pricing plans at £33 per month, although consumers will receive only 600 minutes and 500 MB of data alongside unlimited texts.

EE is still the only 4G network in the UK, so if you’re interested in taking advantage of the Q10’s LTE capabilities, the lowest tariff is £41 per month with unlimited minutes, texts and 1GB of data.

A release date hasn’t been confirmed, although BlackBerry has revealed the following launch window on its blog: “The handset will be available for purchase in Carphone Warehouse stores from the end of April.”

The BlackBerry Q10 shares a similar design to previous BlackBerry smartphones, due to its full QWERTY keyboard and smaller display. There’s a dual-core TI OMAP 4470 1.5GHz processor under the hood, however, with 2GB of RAM and 16GB of internal storage, upgradeable via a microSD card slot.

The 3.1-inch, 330PPI touchscreen display will be used to run the new BlackBerry 10 software, which features all of the same goodies found in the BlackBerry Z10, such as BlackBerry Hub, TimeShift and BlackBerry World.

It looks like a premium device, although given the strong marketing push for the BlackBerry Z10, it’s fair to say that the Q10 is a safer and somewhat less important device for the company. Nevertheless, it should appeal to BlackBerry enthusiasts who still crave a physical keyboard, and help to flesh out the company’s portfolio ahead of a new mid-level device that’s due later this year.

The BlackBerry Q10 is rumored to be launch in the United States this April, although a final release date has not been confirmed.

Read next: TNW Conference Europe will be opened by royalty: The Prince of Orange, Prince of the Netherlands