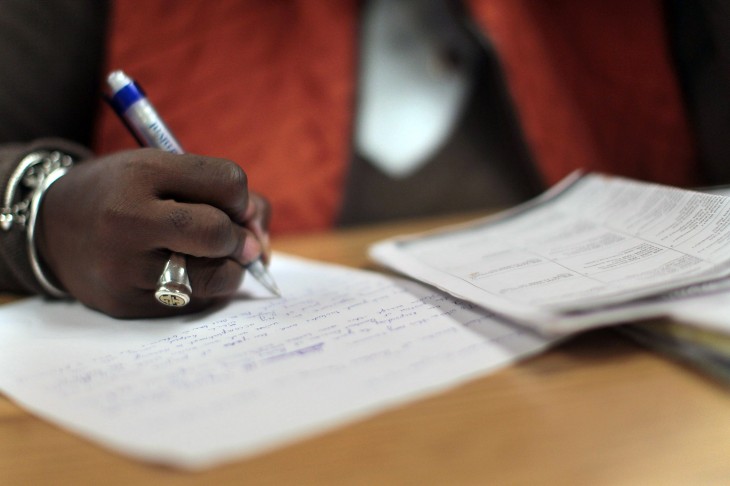 WP Engine, a managed WordPress hosting services, has taken a huge step forward towards a potential IPO today with the announcement of Bazaarvoice’s Chief Operating Office Heather Brunner as its new second-in-command. In addition, the company has also poached Nick Daines from hosting provider Rackspace to help lead its support team.

With Brunner’s addition to WP Engine, the WordPress-focused service will be gaining someone with experience helping to lead a company into an IPO. Ben Metcalfe, one of WP Engine’s co-founders, tells us that should the company go that route, it would be the first time a company went public based around the popular blogging platform. She will be charged with growing the company from its 46 employees today to 80 by the end of this year.

Since joining Bazaarvoice in 2008 as its Senior Vice President of Worldwide Client Services, she helped increase the number of brands the company served. With 850 brands, including Best Buy, Blue Shield of California, Costco, Dell, Macy’s, and others, across 36 countries, Brunner has the experience WP Engine needs to capture more big name companies to help drive increased revenue.

Brunner’s departure from Bazaarvoice, a social commerce solution headquartered in Austin, TX, marks the third executive to leave the company. According to the Austin Business Journal, at this time, publicly-traded Bazaarvoice said it has no intentions to fill the position.

Also adding to the WP Engine’s value is the inclusion of Nick Daines who, up until the end of 2012, served as the Senior Director of Customer Care at Rackspace. It was Daines who helped lead the development of the hosting provider’s “fanatical support” that its customers have come to expect. In his capacity at WP Engine, Daines will be in charge of doing something similar.

It’s rather interesting to see that WP Engine, a four year old company, is on its way to potentially being a public one. It’s not as if it holds a monopoly in the space —  it faces competition from the likes of Page.ly and Zippykid.

But WP Engine is growing, Metcalfe tells us. In its first year of operation, it earned $1 million in revenue and has amassed a rather large customer roster. Those that count themselves as WP Engine clients include Google, GAP, McKessen, AllState, Foursquare, Soundcloud, Asana, Twilio, local governments from San Francisco and Seattle, various banks, and others.

With more than 70 million sites powered by WordPress, it’s probably not that unbelievable to hear that WP Engine has grown so much. In April 2012, Automattic, the company behind the blogging software said that half of the biggest blogs in the world are hosted by it or they run their own versions of the platform.

For those who choose to not opt into WordPress’s hosting, finding a provider that truly understands the platform can be a rather particular thing. Sure, there are offerings like Dreamhost, Go Daddy, Network Solutions, and others, but with Page.ly, Zippykid, and of course WP Engine, these services offer up a managed service that not only knows when your site is down, but can assist in resolving any platform issues.

Metcalfe says that there are also cost implications with using services like WP Engine. Specifically within enterprise companies, most marketing budgets are probably spent on technology trying to find the right service for their needs. Their internal infrastructure may not be as scalable or flexible as they need it, specifically in terms of updating content, so having the ability to bring those updates to market quickly and at an affordable rate looks to be a good solution.

In addition to its new hires and growth, the company is also expanding its offerings around the world. It has just opened up a San Francisco office (most likely to cater towards the tech companies in Silicon Valley) and adding new data centers in Tokyo and London. With its more international presence, Metcalfe says that it is reflective of more business and customers in those regions. WP Engine’s technical support will continue to be emanating from its Austin office.

Read next: Gmail autocomplete gets search history and contact thumbnails