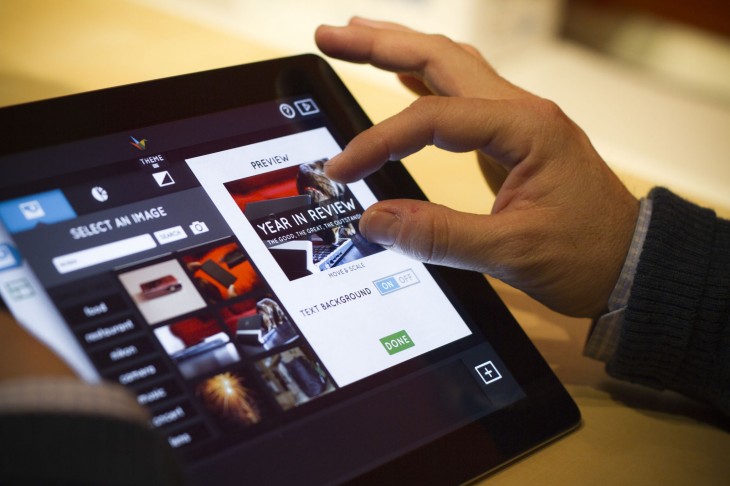 Haiku Deck, an iPad app that makes it easy to create stunning presentations and slide decks, announced today that it has raised a $3 million Series A funding round.

The investment was led by Trilogy Partnership with participation from Madrona Venture Group, Founder’s Co-op, tech-entrepreneur Sarah Leary and a number of undisclosed angel investors.

Haiku Deck says it will use the additional funding to expand onto other platforms, hinting at future support for Windows 8/RT and Android tablets, grow its team and develop what it’s described as a “premium offering.”

The iPad app has come a long way since it launched last August, picking up half a million customers in its first three months and rolling out version 2.0 with some new business-focused features and functionality in March.

This included the ability to easily add pie and bar charts – an age-old necessity for office meetings and presentations – as well as insert bulleted and numbered lists and make additional edits to imported images.

“As mobile devices continue to change the way people work, we see a huge opportunity in helping everyone create the kind of presentation that used to require a design professional,” Adam Tratt, co-founder and CEO of Haiku Deck said.

Haiku Deck solves a growing problem with presentation files. The majority of professionals use either PowerPoint or Keynote, which means that the most popular pre-set layouts feel tired, out-dated or just overused. Finding a way to create a unique, but highly polished set of slides has been sought after for many years.

The iPad has also revolutionized the delivery of such presentations. The user can easily swipe left-and-right to switch slides, but also just share Apple’s tablet around the room in order to create a more dynamic and intimate experience.

Haiku Deck says that the way it offers creative commons-licensed images has been critical to its success. In the app’s image search section, Haiku Deck taps the millions of ready-to-use images available on Flickr, with filtering either by title or image tags.

The app will also embed the image credit automatically, giving users a quick and easy way to find high-quality content. A handful of themes come for free, but Haiku Deck hopes to monetize the service by offering additional layouts for $2 a piece.