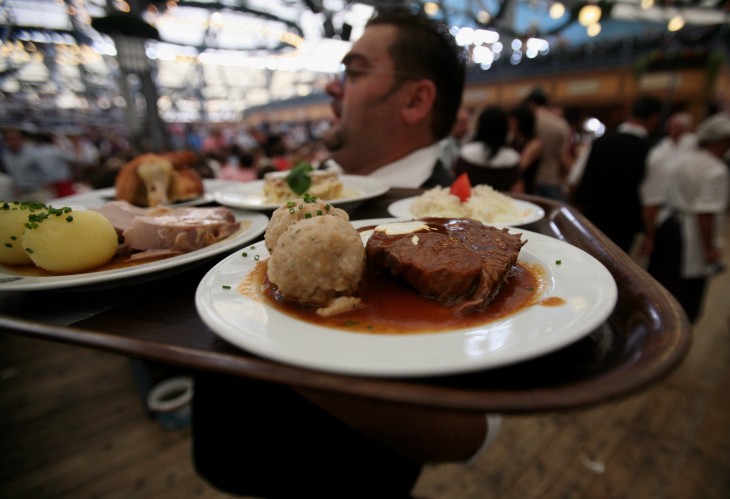 EAT Club, a food technology company that brings meals directly to busy professionals, has raised $5 million in its Series A round of funding from several investors, including August Capital, First Round Capital, Great Oaks, and Mark Vadon (founder of Blue Nile and Zulily). The company said it will use the money to expand beyond the San Francisco Bay Area into other metropolitan areas around the US, although specific cities have not been mentioned.

Founded in 2010 by Kevin Yang and Rodrigo Santibanez when they were Stanford post-graduate students, EAT Club lets professionals choose what they want for lunch based on their lifestyles and have it delivered to them by 12:30pm each day as scheduled. To date, this startup services more than 2,000 companies within 12 cities. While it is a members-only service, membership is free and each daily meal selection has been limited to 10-15 dishes from three or four restaurants while also ensuring that a variety of tastes and dietary needs are met.

While perhaps ideally suited for individual service, EAT Club says that it works with companies in order to provide subsidized lunches to their employees, from 15 to 500 people on staff. Some companies that it’s already working with include Chegg, Bloomreach, Gunderson Dettmer, and IMVU.

CEO Frank Han says the company is seeing  “consistent double-digit month-over-month growth”, but the EAT Club has not provided raw figures to provide further color to this. However, it is not alone in the space, as it must fend off other similar catering services such as Zero Cater, Cater2.me, and others.

Howard Hartenbaum of August Capital will be joining Rob Hayes of First Round Capital on the company’s Board of Directors.

Read next: It's time to blow your mind. Developers, join TNW for GLUE Conference 2013 [Discounts]