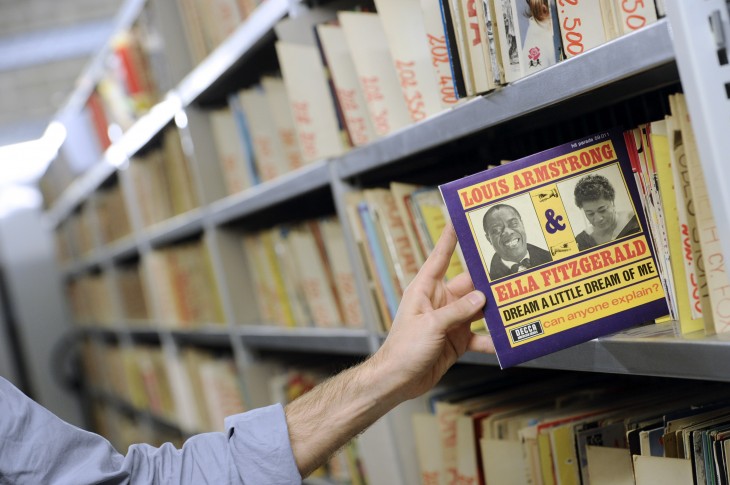 Amazon has expanded its AutoRip service, which gives consumers a free digital copy of every CD they buy from the online retailer, to include any vinyl record purchased since 1998.

The tracks will be added to the user’s Cloud Player library, which is available on any web browser and as an app for Kindle Fire, iOS and Android devices, for streaming or download.

Vinyl sales are a small part of the music industry these days, but the strictly analog format still holds a nostalgic spot in the hearts of music fans the world over. The issue has always been choosing between vinyl or a digital copy; unlike CDs which can be ripped, if you’re purchasing an LP it’s essentially locked down (unless you’re using some kind of dedicated hardware).

Amazon has now automated the entire process of copying vinyl records into a digital format. The existing service, launched in January, gives customers a digital version of every CD they’ve purchased from Amazon since 1998, in addition to any records bought in the future. The same will apply to vinyl records, free of charge.

The caveat is that only records with the AutoRip logo are applicable for the service. Amazon says that “thousands” of vinyl records across every major label will be supported, with new releases being added all the time.

“We’re thrilled to extend this experience to vinyl records,” Steve Boom, Vice President of Digital Music for Amazon said. “Many of our music customers are vinyl fans and it’s traditionally been very difficult to make digital versions of vinyl records—now customers can enjoy the albums they buy wherever they are.”

Cloud Player is accessible from a range of different platforms – Samsung TV, Roku boxes and Sonos players to name a few of the more niche devices – but it’s important to note that these digital files will be locked to Amazon’s service. That means if Cloud Player was to close, or you want to access the tracks from a third-party audio player, you’re out of luck.

The digital files supplied are in a 256 Kbps audio format, however, which will be welcome news to those people who cherish a high-quality sound. MP3s stored via AutoRip are also discounted from users’ overall Cloud Player storage limit, which is a nice bonus.