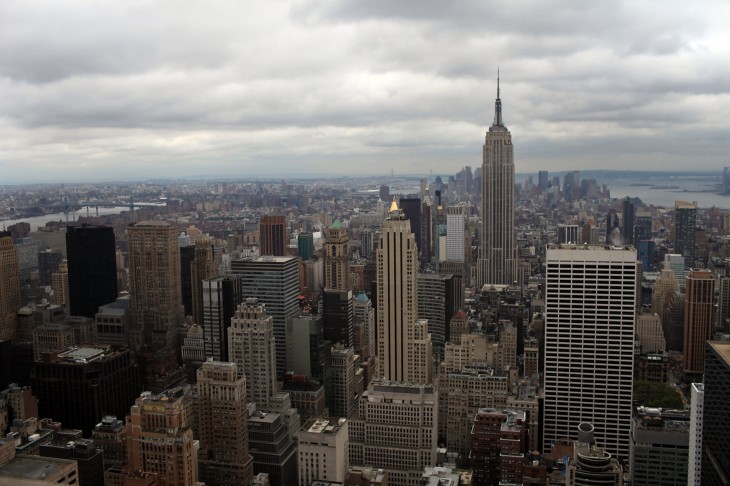 500 Startups is making a few changes today. It is announcing the promotion of George Kellerman, its Japan-based representative, to partner. The move ensures that there is someone from the 500 Startups team on nearly every continent. Other changes to the organization’s leadership have also been made. In addition, 500 Startups celebrated the official opening of its New York City office.

Kellerman joined 500 Startups in spring 2012 where he was in charge of looking for emerging talent and startups in Japan. He was a venture partner for the firm, handling its fundraising activities and investor relations. A former employee at Yahoo, he will continue to lead investments in Japan while also taking on a new role of helping to build more global partnerships for 500 Startups.

The promotion to Partner sees Kellerman joining founding partner Dave McClure and the other partners, Christine Tsai and Christen O’Brien, to lead the organization.

But what about the other Partner Paul Singh? As Kellerman steps up to the executive branch, news from 500 Startups indicates that Paul Singh has decided to take on the leadership role at dashboard.io, a service to help connect businesses with like-minded people in similar networks.

While Singh is now a founder and CEO, he will still be a Venture Partner with 500 Startups. Dashboard.io has received raised $750,000 from NextGen Angels, LX Ventures, Voodoo Ventures, and others.

In addition, the investment firm is bringing on Pivotal Labs’ Parker Thompson as its newest venture partner. In his capacity, Thompson will be working with 500 Startups’ accelerator program while doing some marketing in San Francisco. While at Pivotal Labs, he developed dozens of startup products. He also co-founded a location-based social networking company and also worked at the Internet Archive.

With all the team changes, what’s one more update, right? Thursday marks the opening of 500 Startups’ newest office: New York City. Based in the Flatiron district, the new office is actually a co-working space that will feature those portfolio and accelerator companies based in the city. 500 Startups venture partner Shai Goldman will be working out of this office.

The office opening comes nearly four months since it was reported that the space was being created. As TNW’s Harrison Weber noted, interested startups that wish to work out of this space can either be bootstrapped, seed/angel funded, or a Series A company. It must also be able to reserve between 1 and 15 desks at $500 per desk per month.

Here’s a short video of what the new office space is believed to look like:

500 Startups plans on opening another office in the next year, this time in San Francisco. It says that once opened, team members hired will work with Thompson and guide the firm’s San Francisco-based companies and run events.

With the conclusion of its last batch of accelerator companies, 500 Startups says that it is getting ready to move forward with its Spring 2013 class. Not scheduled to begin until mid-April, the firm says that more news will be released in the next few weeks. If you can recall, this next group was the first time that 500 Startups modified its application model with 100 percent open applications along with AngelList.

This latest news also comes as McClure’s firm appears to be raising an investment for its latest fund using AngelList as well.

Read next: RVC USA considers teaming up with American VCs to launch a new fund for Russian and US startups