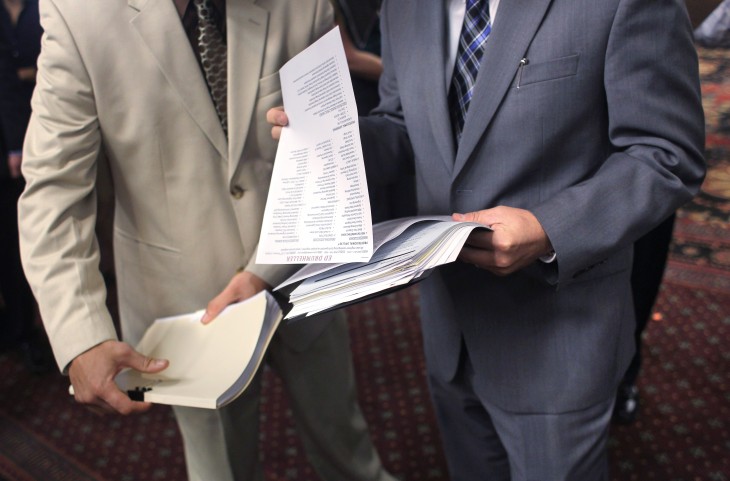 Vizify, the simple online profile service similar to About.me, has opened up its doors to the public. After amassing more than 250,000 users during its invite-only phase, the company is moving forward. In conjunction with this unveiling, it is launching a new feature: miniature infographics about users called Vizcards.

The service, a combination of a person’s curriculum vitae and great design, first came into public light last July. Over the next eight months, users could be slowly invited to check out this new service. It pulls in data from social networks like LinkedIn, Twitter, and Foursquare, along with other sites like personal websites and displays it in a rather creative fashion — arguably better than what one might encounter on other services.

Not only a TechStars alumnus, but also a Portland Seed Fund company, Vizify says that its service has resulted in not only thousands of people visualizing their data, but some have even landed a dream job as a result. 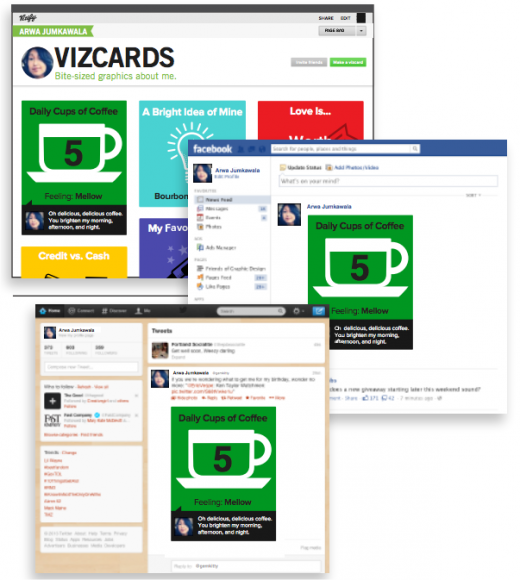 With Vizcards, the premise of these mini infographics is they are “effortless ways to create original mini pieces of content” that represent you.

How it works is that a user chooses from a library of Vizcard subjects that they wish to share their achievements, personality, and interests.

After customizing it according to their mood or current state of mind, the cards can be shared easily to any number of social networks, including Facebook and Twitter, or added to a gallery in their Vizify graphical bio/profile.

Todd Silverstein, founder of Vizify, tells us that the new Vizcards can be used in two ways: It’s designed to enhance your bio and showcase your personality, achievements, and quirks. In addition, these graphics can also be published as single graphics — Silverstein says that right now, the cards cannot be embedded onto any website, but this feature will be enabled soon.

For some, the addition of these Vizcards may resemble widgets from a couple of years back, but others may also think of them as stickers that display your current status. It is definitely a light-hearted approach to sharing your mood and current professional outlook with others.

Read next: Take a moment to meet and congratulate the winners of The Next Web's European Startup Awards 2013