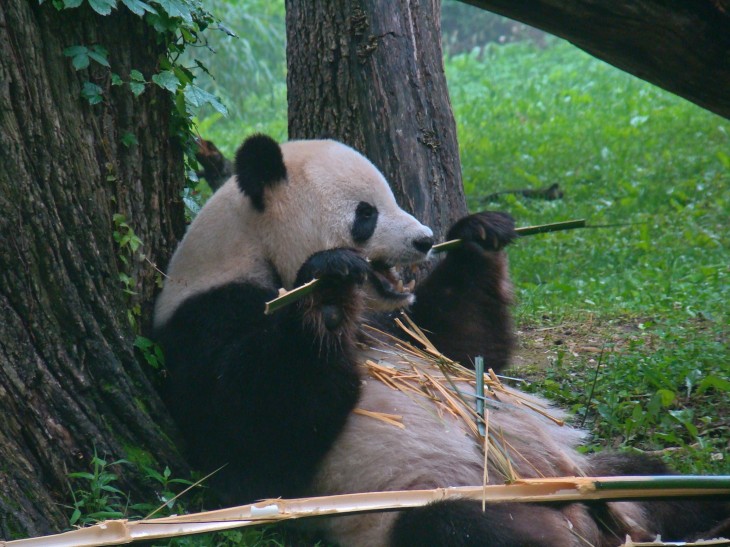 Online food delivery is a hot space, with heavily-financed European startups such as Just-Eat, Delivery Hero, Lieferando and others quickly trying to gain market share all across the world.

The Samwer brothers’ Rocket Internet accelerator has got some skin in the game as well with its Foodpanda / HelloFood business, which it has been launching in a slew of countries worldwide at its typical rapid pace.

Today, Foodpanda is announcing that it has acquired Hungarian online food ordering service provider Ételvitel KFT, a mere three months after launching in the country.

According to a press statement, Etelvitel currently boasts more than 200 partner restaurants (only in Budapest, though).

We caught up with Ralf Wenzel, Foodpanda’s global managing director, to learn more about the move and the company’s overall strategy.

RW: Food delivery is all about choice, quality and convenience. We aim to offer the broadest choice of restaurants and covering every possible regional area and city. We ensure highest quality standards by rating and assessing all restaurants, taking into consideration our customers’ recommendations and feedback.

Foodpanda provides a very simple, fast and convenient way for ordering food, online and through mobile channels. We also feel responsible for the fast delivery and the overall service.

If the restaurant does not offer delivery, we will do it.

How many countries are you in now, and which countries or regions are up next?

We are already the most global food delivery service: Foodpanda with our affiliated brand HelloFood targets by now 3 billion people worldwide, which is almost half of the world population.

At the moment, we deliver food in 25 countries, focusing on markets like Brazil, India, Russia or Singapore.

In the last couple of months alone, we were able to bring Foodpanda to 14 more countries, serving an additional number of over 800 million people.

Is this basically a numbers game, where you roll out as quickly in as many countries as possible, or is each regional launch carefully considered and assessed?

The nice thing about food delivery is that it works pretty much everywhere, since everywhere people are interested in food and more people become aware of the possibility of ordering food online. Though we always analyze new markets very carefully, look into local infrastructure, cultural behavior, Internet penetration and the competitive landscape.

Based on that we decide about the next countries to launch. And even though this is a global business model, some countries qualify much more than others. I think our central team in Berlin has learned a lot from our local teams and vice versa. We believe in investing in opportunities but always focus on feasibility and quality.

Where is most growth coming from, geographically speaking, from a user and revenue perspective?

Foodpanda is already famous in Asia, since we had a bit of a head start there and in some Asian countries we are the market leader already. But Africa, Latin America and especially Eastern Europe are catching up really fast. One example is Hungary: we have just started 3 months ago but we are already taking over the service of our competitor Ételvitel KFT.

In just one step, we now cooperate with more than 200 new partner restaurants to guarantee the greatest variety.

This takeover is the logical consequence of our worldwide expansion. Foodpanda is a global movement.

You recently became Foodpanda’s global MD – what differences in culture between different countries and regions have you encountered that Foodpanda has had to adapt to?

Food belongs to every country’s culture and is a central part of everyone’s daily life. As such there are more similarities than differences. However people’s preferences differ from country to country and this can be sometimes very surprising to us.

In Senegal, the most ordered food is croissants, whereas the Vietnamese favor Mexican food. Overall, we adapt to local cultures by always offering a customized choice of the best and most recommended cuisines and restaurants.

The fact that people share one culture doesn’t mean that they all prefer the same meal. Our goal is that people immediately think of Foodpanda when they think about food, no matter what cuisine.

What’s the ratio between customer orders from mobile versus the Web? What about Android vs. iOS?

Our mobile app is now available in 21 countries: the number of customers using our mobile service has been growing rapidly. At the moment, Web predominates but we expect that the mobile orders are going to pick up even more in the future. iOS is used twice as much as Android for now but this also differs widely from country to country. It’s important for us to accept orders through all locally important online channels.

What’s the deal with marketing both foodpanda and hellofood? Or will they be folded under the same umbrella brand in the future – and if so, which one?

In Asia and Eastern Europe, we work as Foodpanda; in Africa, the Middle East and Latin America we are called HelloFood. We set the same ambitious standards and the service remains the same. We have a strong central team in Berlin and local experts in all of our countries.

This close cooperation creates perfect synergy. The whole coordination is done in Berlin with central teams for IT, Product, Marketing and Business Intelligence. The centralization enables us to expand into new countries very fast, both as Foodpanda and HelloFood.

You face quite some stiff competition from Just-Eat, Delivery Hero and others, all of which are heavily funded and also expanding internationally fast. Do you see consolidation on the horizon, or is there room for many players in this field?

The majority of the market is unexplored. Most customers still order their food offline, via phone. The next years we will see a big shift in offline to online.

Offering the widest reach of the best restaurants, having an easy to use product and an overall outstanding customer journey will allow us to capture a large part of this growing market. And the reality proves us right: Once people come to our website they come back again and again.

Most importantly, we know our customers. This enables us to be successful in such diverse markets. We already have a big network of restaurant partners and a robust supply and distribution.

How does Rocket Internet, and your experience working for other Samwer brothers-founded ventures in the past, help you scale the business?

I have now been working in the Internet industry for about 10 years and many experiences can be used and leveraged.

But still, every venture is different and performance management on this global scale is an exciting challenge. We are a very young venture and profit a lot from Rocket Internet’s expertise. Our growth in 25 countries would not have been possible without them.

Read next: LG to add Spotify's music streaming service to all of its upcoming smart media devices