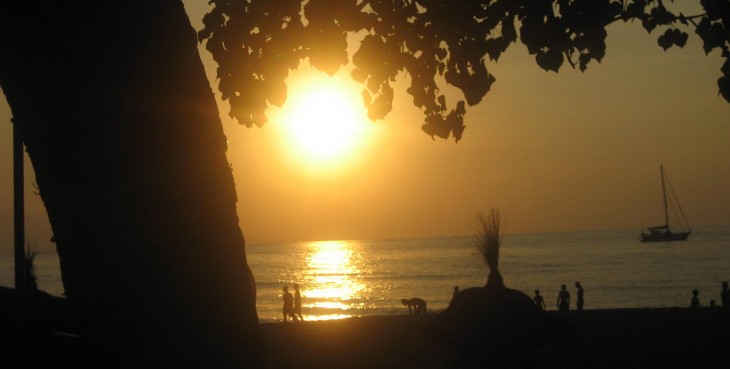 TripAdvisor has announced it has acquired Tiny Post, an app that lets you tell stories by writing over photos.

Though full terms of the acquisition were not disclosed, TripAdvisor say that the Tiny Post team will now be based out of TripAdvisor’s office in Palo Alto.

“The Tiny Post team have created a wonderful app that shows the possibilities of combining travel photos with social and mobile,” said Steve Kaufer , co-founder and CEO TripAdvisor. “We think Tiny Post is a great fit with our continued drive to provide engaging and sharable content and I am happy to welcome this strong team to TripAdvisor.”

We last wrote about Tiny Post back in July last year, when it was called Tiny Review. We described it at the time as being a mix between Yelp and Instagram, and the company said that it can take on both by allowing people to review the things around them just by providing a three-line commentary and a photo.

The app changed its name last July, as it shifted focus from a so-called ‘visual review’ app to a ‘visual post’ app. It seems much of this change came about in line with how its users were adopting the service. People weren’t simply reviewing stuff…they were posting general photo-based content.

This isn’t TripAdvisor’s first foray into social-thru-acquisitions – in October last year, it snapped up New York-based travel-inspiration site Wanderfly. And in recent years, TripAdvisor has been adopting a much more social ethos, involving deep Facebook integration.

It launched Instant Personalization in partnership with the social networking behemoth back in December 2010, then in January 2012 it launched its part of what Facebook announced at F8, which was open graph and custom actions. So, when you use ‘Cities I visited’ on Facebook, when you pin a city or rate something inside that app, it will publish it to your timeline, and you can share it in your News Feeds. In April last year, it deepened its Facebook integration with ‘Friend of a Friend’ recommendations.

So the Tiny Post acquisition is certainly in line with TripAdvisor’s march towards social, and it seems like a pretty good move for the online travel giant.

Founded in 2000 at the height of dotcom boom v1.0, TripAdvisor has grown to become one of the world’s most recognizable online travel brands. Today, it claims more than 200 million unique monthly visitors, hosting in excess of 100 million reviews and opinions. In addition to Wanderfly, previous TripAdvisor acquisitions include EveryTrail and FlipKey.