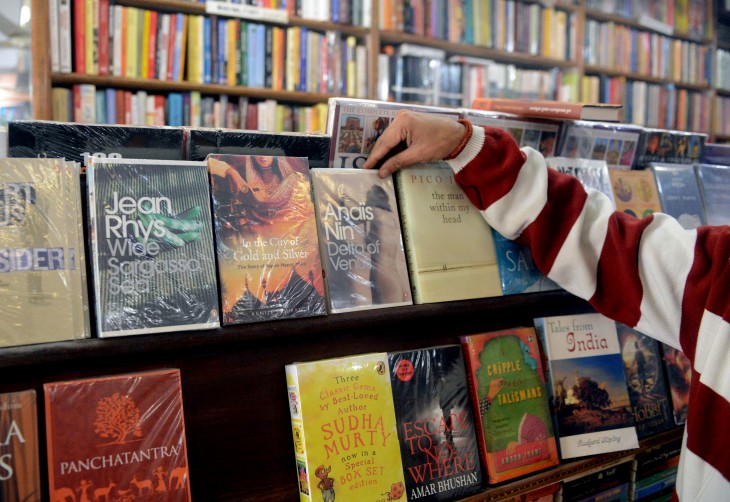 Booki.sh, an ebook distributor and browser-based reading platform, has declared that it will stop selling ebooks as of June 30.

Virginia Murdoch, a co-founder of Book.ish, said on the company’s blog earlier today that the team had been “privileged” to work with independent booksellers in Australia, where Booki.sh is headquartered.

“We all fought for a place in what is a difficult market, and we did not come easily to the decision to end our retail operations,” she said.

Customer who have purchased titles, either from the Booki.sh website or via its retail partner Readings, will still be able to access their library in July and later.

Presumably, that means the Booki.sh platform will still be up and running for the forseeable future. Anyone with an account can upload an unlimited number of DRM-free EPUB files to their library, so it’s possible that the service itself will live on as an open service.

Booki.sh has a unique approach to ebook purchases and consumption. The entire experience, both reading and navigating the library, happens in the browser, thereby supporting almost all major platforms including the iPhone, iPad, Android and BlackBerry devices. Even the Kindle could access it from the Kindle3 web browser.

Aside from Opera brower, it was also possible to save titles offline, so that regardless of where you were, or the Internet connection you had, it was possible to keep reading.

The service launched in beta in January 2011, running on Monocle, an open source ebook reader designed for modern Web browsers.

At that time, however, it didn’t offer downloads and “raised the hackles” of a number of bloggers as a result, according to The Digital Reader.

When it officially launched in November 2011, offline access was supported, but there never seemed to be a plan for native apps. The company was then acquired by OverDrive, a distributor of ebooks and audiobooks, in order to power its library, school and retail platforms.

Perhaps this wasn’t a bad idea, although as with many other ebook services, such as that offered by Waterstones in the UK, or Sony’s Reader Store, it failed to sustain the momentum needed to create a critical mass of paying users.

This is another example of Amazon simply flushing everyone else out of the market. Large companies, such as Apple’s iBook app and the Google Play store, can compete for now because they can afford the endless marketing and the price race to the bottom.

For everyone else, however, it’s a model that just can’t be maintained.