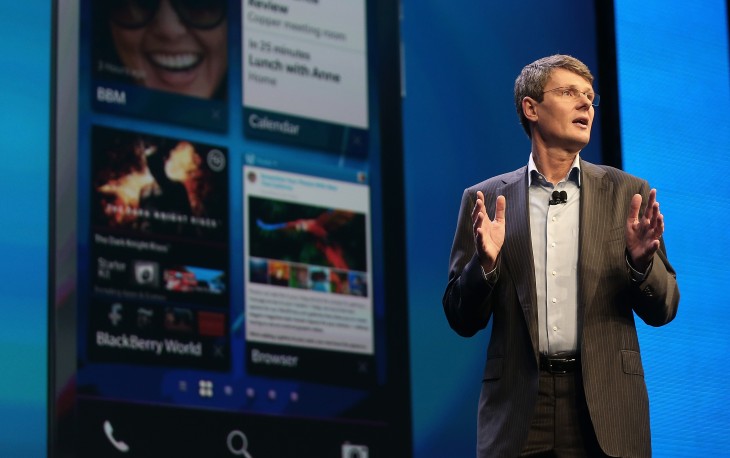 BlackBerry has partnered with Zimbalam, a digital music distribution service aimed at independent and developing artists, to offer music by unsigned musicians on the BlackBerry World store.

It’s not clear whether the music will simply be piped to BlackBerry’s existing platform, or if Zimbalam will be offering its own app or separate service for BlackBerry devices.

The former would be a much more compelling proposition, as it would streamline the navigation for users and in turn, give unsigned artists greater exposure and also increase the chances of someone purchasing their work.

Zimbalam will be providing artists with a “clear and simple interface”, as well as daily reports, to help them track their overall sales on the BlackBerry World store.

The service, which already sells music from unsigned artists to iTunes, AmazonMP3, Play.com, Rhapsody and eMusic, will also be giving at least 20 artists the chance to work with its artists and repertoire (A&R) department each month.

“Zimbalam exists in order to allow unsigned artists to get their music on to digital music stores and to find their audience,” Denis Ladegaillerie, CEO of Zimbalam said. “We are excited to be working with BlackBerry as it will give artists access to a different fan base and help with the discovery of their music.”

To get involved with the partnership, independent artists can visit this page on the Zimbalam website, sign up for an account and choose the territories and corresponding release dates for the music.

Zimbalam has emphasized that artists will earn 90 percent of the royalties from their sales and keep all of their rights moving forward. The contract is non-exclusive, and they remain “totally free and independent.”

The partnership is a small, but notable advantage for BlackBerry. Every major mobile operating system now has a store dedicated to digital content, and at least part of that is pushing music in a big way.

Apple’s iTunes service needs no introduction and Google Play, available on Android, now has more than 18 million songs on offer. Microsoft is pushing Xbox Music as its exclusive service for the Xbox 360, Windows 8 and Windows Phone 8 devices, so it’s important that BlackBerry has a way to differentiate itself.

In a market that seems to be moving increasingly towards on-demand streaming services, such as Spotify, Rdio and Rhapsody, BlackBerry needs a truly unique offering if it’s to start attracting any notable amount of music purchases. Independent artists could, therefore, be the start of a fresh and more original content library.