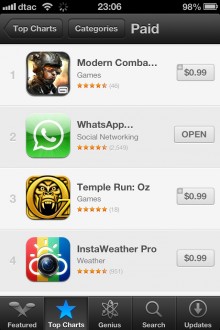 Read next: After testing a new grid menu on its homepage, Google experiments with no navigation bar on all its sites