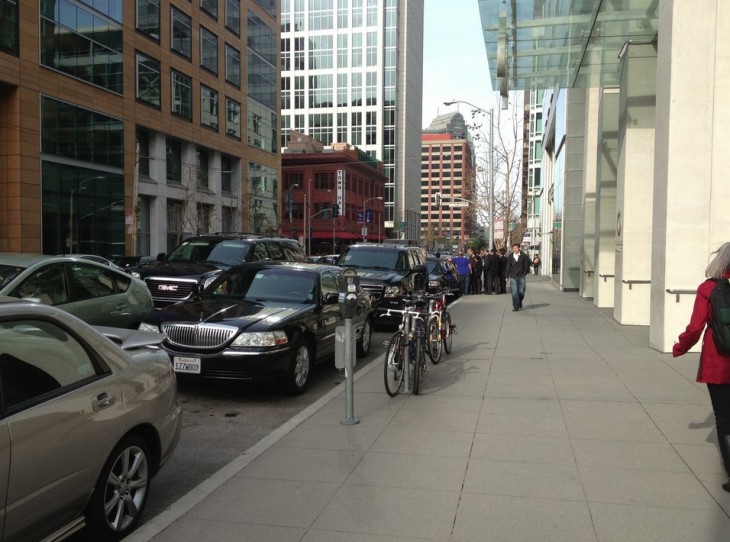 Unhappy Uber black towncar drivers are planning on disrupting St. Patrick’s Day weekend service in San Francisco by refusing to respond to calls for rides. In an email TNW received from an unofficial spokesperson, from March 16-17, participating towncar drivers say they will not accept any Uber work.

However, while there are some drivers who are unhappy with Uber, for the riders, there are other options to get around if a towncar refuses your request, including from other Uber vehicles, such as UBERx and UberTaxi. Additionally, there is Lyft and Sidecar.

In a weekend where thousands, if not millions, of people will hit the bars to celebrate the Irish holiday, being able to get around safely and easily is definitely important — no one wants to risk driving when they’re drunk, so having alternatives is key. Sure, in San Francisco, there’s the public transit system, but many prefer also to catch taxi cabs and now ride-sharing services.

Yesterday, we reported that approximately 30 black towncar drivers protested in front of Uber’s San Francisco headquarters demanding for a better contract. Some of the issues that they disagree with is the lack of communication and apparent “disrespect” the company is showing them — a spokesperson says that before, they were considered “partners”, but have not been consulted about recent changes, such as the lowering of the 10 percent cancellation fee. Additionally (formatting TNW):

Our indistry is under attack!

Uber is treating us like employees when we are “partners”.

So are we really “partners” or are we just employees that get 1099 so Uber can save money and not pay unemployment when they fire us and skip out on paying workmans compensation insurance to cover us if we are hurt on the job. Or maybe they just call us “partners” to make us feel better, but this is not a good partnership for us or Our industry

Uber’s San Francisco General Manager Ilya Abyzov told us in a statement that the company was:

…100 percent committed to working with only the highest quality transportation providers, thousands of whom are using Uber to grow their business and provide quick and reliable service to San Franciscans. Drivers who don’t know the city well or who are unsafe or unprofessional ultimately receive consistently negative feedback from riders that we cannot ignore.

San Franciscans will probably be slightly inconvenienced this weekend as they’re moving around, but this could potentially be a bigger thing, as there’s no telling how many Uber black towncar drivers will participate in this protest. Be safe when you’re getting around town this weekend.

Read next: Take a tour of London's Digital Peninsula