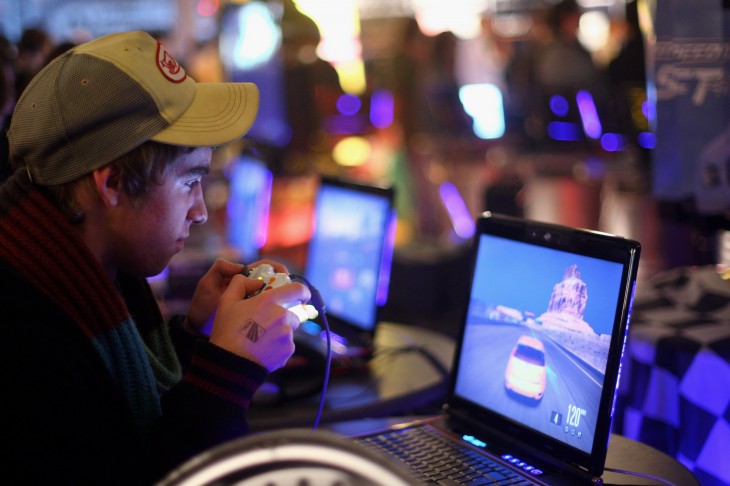 Throughout the month, over 600,000 users attracted more than 28 million unique viewers on the website. For each person, that averages out at more than 1.5 hours of video per day.

To put that into perspective, Twitch had passed 8 million unique viewers for the month of July 2011 – equal to 1 billion minutes.

Justin.TV, a consumer-facing provider of live streaming services, launched Twitch in June 2011 in order to serve not just amateur vloggers and casual video game enthusiasts, but also the growing interest in esports.

The rise of esports

Esports is the hyper competitive side of the video game industry. Plenty of amateur leagues have been setup through the Internet, but there’s also a growing number of tournaments touting big prize pots.

Real-time strategy titles such as Starcraft and fighting games such as Street Fighter and Tekken have proven to be immensely popular franchises for esports competition.

As the number of professional players have increased, so has the publicity surrounding the various competitions. Services such as Twitch, therefore, have proven to be an incredibly important vehicle for ensuring that each tournament is visible to the widest possible audience.

It seems to be working. The interest in esports continues to grow, and it’s helped fuel the interest in live streaming as a whole. The video game press frequently broadcast their staff playing the latest titles so that their readers – or in this case, viewers – can get a feel for the quality of the release.

Likewise, expert players have started streaming footage of particular video game sections, either to help out other gamers or to show off “speed runs” – a recording of the quickest possible playthrough for a specific title.

Live streaming isn’t a flash-in-the-pan trend for video games either. During its reveal of the PlayStation 4, Sony said that it would be using Gaikai’s streaming technology to enable seamless video sharing via Ustream. This is a big step forward not only for a video game console, but in terms of embracing the concept of live streaming as a whole.

PC gaming aside, live streaming can be a difficult process, relying on all sorts of dedicated boxes and cables. If the entire solution can be contained within the next generation of consoles, it will enable a whole new wave of people to start broadcasting their gameplay.

If Ustream takes off on the PlayStation 4 though, Twitch could have some stiff competition. For now, it seems to be doing rather well.