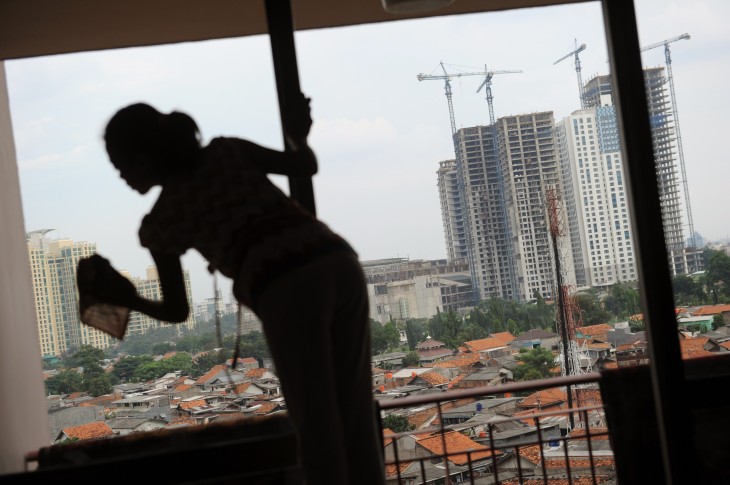 Housecleaning service EXEC Cleaning is bringing its offering to four new cities. Starting today, the company says those in New York, Boston, Chicago, and Los Angeles will now be able to request its service. In order to add a bit of creativity to the news, the company is also launching a week-long contest called “Race For The Chore” where it give free cleanings to the city with the most cleanings that are ordered before the end of March 20, 2013.

It was just last month when EXEC, started by brothers Justin and Daniel Kan, and Amir Ghazvinian, debuted EXEC Cleaning as a stand-alone service, complete with its own iOS app. For the past few weeks, it has been available in San Francisco, Seattle, and San Diego. Kan wouldn’t release any statistics on the company’s performance right now, stating that it’s too early to tell, but he did say that cities it expands to are chosen based on dense areas with high numbers of professionals EXEC thinks would love the service.

In order to scale, the main thing we’ve done in the past several months is focused on building our logistics technology behind the scenes to provide the easiest possible customer experience. A lot of what we do is figure out what our operations people are doing on a day-to-day basis every week and then build tools and tech to automate those processes (and then repeat, week after week). That’s let us scale from 1 to 3 to 7 cities without adding additional core team members in SF.

As part of its “Race For The Chore” contest, six cities are eligible to participate (unfortunately San Francisco is not one of them) — right now it appears Seattle is in the lead with San Diego in a close second.

Although EXEC Cleaning is expanding on what some might consider to be quickly, its competition is also entering its market space. Already, users have the option of choosing between not only EXEC, but also Pathjoy, TaskRabbit, and Zaarly.

Read next: App.net beefs up security with two-factor authentication and application-specific passwords