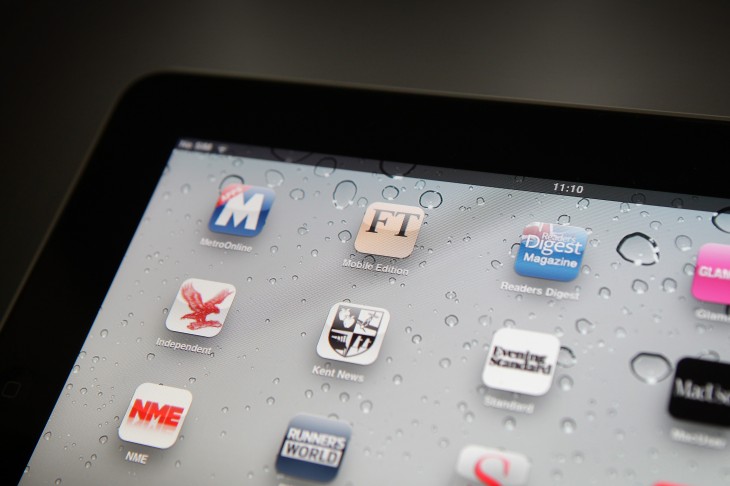 Pressly, a platform that makes it easy for media companies to convert their website and online content into a HTML5 app, has secured $1.5 million in funding from iNovia Capital and OMERS Ventures.

The investment will allow Pressly to market its online services more aggressively as it moves forward.

Pressly automatically integrates the content from multiple online sources, including websites, blogs and RSS feeds. Users then pick from a library of templates, which can be text-only, image heavy or a combination of the two, as well as where and how they would like to run advertisements.

“Our product gives businesses a fast and easy way to take their huge investments in content to mobile users everywhere, in a beautiful, highly engaging way,” says Jeff Brenner, CEO of Pressly.

Pressly has been in stealth mode since 2011, but during that time its kept busy signing partnerships with a number of high-profile media firms including The Economist, The Toronto Start and Ziff Davis – which acquired IGN Entertainment recently, before shutting down its subsidiary gaming sites 1UP, UGO and GameSpy.

The company says it has also been producing branded content marketing pieces for other firms, including IBM and Toyota.

The Pressly website boasts that with its platform, anyone can create an app  in under two minutes. That’s a pretty attractive claim, and should help to entice all sorts of media firms who are looking for an inexpensive, but powerful app to represent their website or publication.

Pressly’s HMTL5 and Javascript technology means that the app only has to be built once before being distributed to multiple mobile platforms, including Android and iOS. The company also claims that its partners see “up to 10 times” their online engagement with a Pressly app, thanks to a “start-to-finish” reading experience which increases page views and time-on-site.

All of this doesn’t come free though. Pressly’s standard package costs $199 per month, with support for up to five million page views, six feeds, email support and integration.

The pro version, priced at $499 per month, increases that to ten million page views, 20 feeds and 60 second content syncing, rather than the five minutes offered on the standard tier.