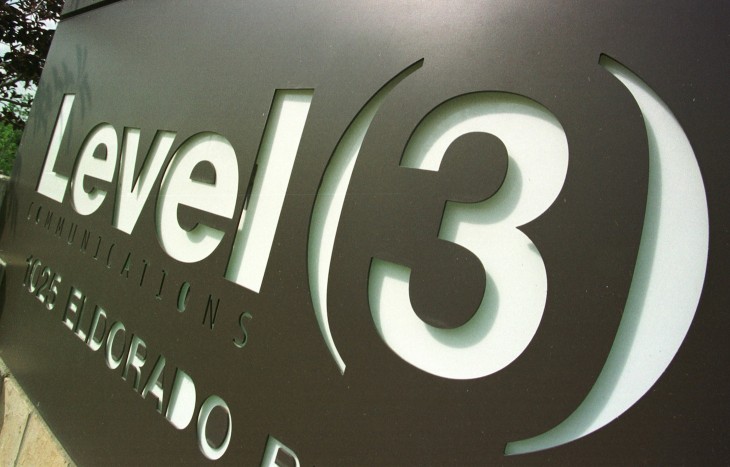 Level 3 Communications, a major multinational telecom and Internet service provider company, today announced that chief executive officer James Q. Crowe will step down from his position by the end of this year.

Crowe has informed the Level 3 board of directors, which has promptly formed a committee to assist the company with the process of picking a new leader.

The announcement came unexpected, although we should note Level 3’s stock price just took a huge hit after the company released disappointing fourth-quarter and full-year results on February 12. Level 3 also has a whopping $8.5 billion in long-term debt.

FYI: Level 3 Communications operates a large transatlantic Internet network in the United States, South America, Western Europe and select cities in Asia. The company says it serves customers in more than 450 markets and in more than 45 countries.

According to the statement, the timing of the CEO transition is “subject to change”, which means Crowe might not even stay at the helm until the end of 2013 after all is said and done.

Just last week, Level 3 announced the appointment of Peter van Oppen, a partner at Trilogy Partnership and formerly CEO and chairman of data storage company ADIC, to its board of directors.

Crowe is credited for reshaping Level 3’s predecessor, a diverse group of companies and holdings, into a single company with a core focus on communications and information services. He assumed leadership back in 1997, after having served as chairman of WorldCom.

“It has been a privilege to lead Level 3’s incredibly talented people through times of great challenge and great opportunity. I am extraordinarily proud of what we have accomplished together.

For some time, the Board and I have been considering CEO succession. Given the company’s financial and operational strength, we have concluded that it is an appropriate time to begin the transition to new leadership with new perspectives.

With our unique global network, the industry’s most comprehensive portfolio of advanced IP/optical services and an increasingly strong financial position, Level 3 is extraordinarily well positioned to benefit from the worldwide explosion of voice, data and video carried over the Internet.

For my part, I stand ready to assist the Board in assuring that the transition is successful and will offer my full support to my successor.”

Read next: Magisto brings photos into the video-editing mix with its latest iOS update, Android to follow