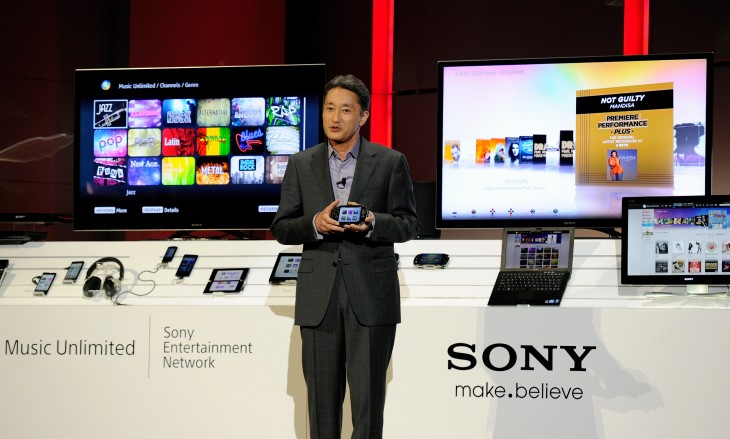 In the past, Sony has been keen to market the service as one of the key multimedia applications for its PlayStation hardware, including the relatively new Vita handheld, which is available as both a WiFi only and 3G/WiFi model, and the PS3, Sony’s aging home video game console.

In particular, the company has used PlayStation Plus, its subscription-based gaming service, to offer a discounted annual rate for Music Unlimited as a means of stimulating interest.

Many people don’t know, however, that Music Unlimited can also be accessed from the desktop, as well as iOS and Android devices. The Access tier, priced at $4.49 per month in Mexico, offers unlimited streaming on Mac, PC and the PlayStation 3. Users will need to splash out on the Premium plan however, set at $8.99 per month, if they want to access the service on the full range of supported hardware such as Xperia devices, Bravia TVs and Sony Walkman media players.

“We know music fans in Mexico have been waiting for our high quality subscription service for some time so we’re thrilled to bring them the Music Unlimited service,” said Michael Aragon, Vice President and General Manager of Global Digital Video and Music Services at Sony Network Entertainment International. “Beyond instant access to the latest hits, the Music Unlimited service enhances music discovery delivering access to every music genre — all for about the monthly price of a single album.”

It’s difficult to know what impact Music Unlimited is having on the marketplace though. In January 2012, an interview Hypebot did with Tim Schaaff, Sony’s former network strategy chief, revealed that the service had accumulated over 1 million active users.

Since then though, concrete user numbers have been hard to come by. Microsoft has been equally tight-lipped about its numbers on Xbox Music, the music streaming service that replaced Zune last October.

To put that one million figure into perspective, last December Spotify revealed that it has 20 million active users. Only five million of those are paid subscribers – and Sony will have had almost a year to improve its own numbers – but that’s still a significant gap.

The biggest problem is exposure. By refusing to offer an enticing free model – as Spotify and Rdio do – Sony is struggling to get the Music Unlimited brand out in the open. The service could be superior to its competitors, but if everyday consumers aren’t using it and talking about it, it’s unlikely to grow into a serious contender anytime soon.

Read next: Microsoft confirms it will now let consumers transfer Office 2013 to a different PC