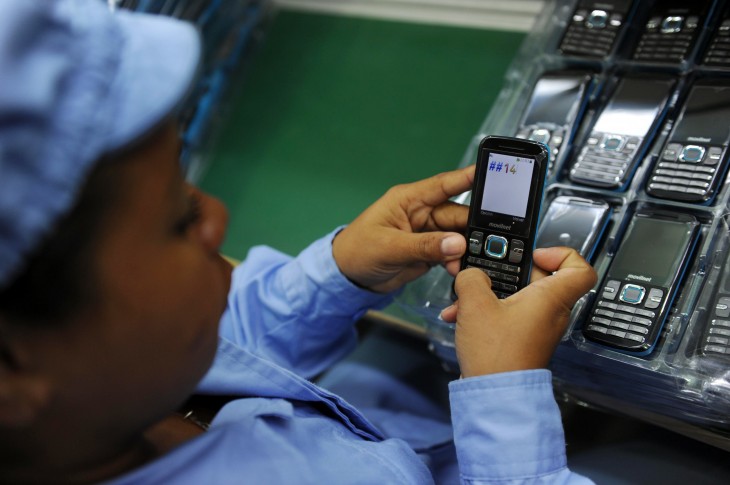 In 2013, the total number of smartphones shipped around the globe will surpass feature phones for the first time ever, according to a new forecast published by the International Data Corporation (IDC) today.

The IDC’s Worldwide Quarterly Mobile Phone Tracker expects 918.6 million smartphones to be sent out over the course of this year, equal to 50.1 percent of total mobile phones shipped by vendors.

The IDC says it has based its predictions in part on the falling price of smartphones, as well as better availability and consumer interest worldwide. Combined with the roll-out of 4G networks, the IDC predicts that 1.5 billion smartphones will be shipped globally by the end of 2017, equal to more than two-thirds of total mobile phone shipments that year.

Looking ahead, China is expected to come out on top over the next nine months, with 301.2 million smartphones shipped to retailers throughout the country. That works out at a 32.8 percent global market share, more than double that in the US (15 percent).

America will retain its strong second place with 137.5 million smartphone shipments in 2013, way ahead of the 35 million mark enjoyed by the UK and Japan. Brazil and India will sit in fifth and sixth place respectively, with the rest of the world making up a 38.4 percent market share combined.

By 2017, however, that leaderboard looks markedly different. China and the US still hold the top two spots, although the gap has widened to 457.9 million versus 183 million shipments.

Interestingly though, despite China’s 52 percent growth in this period, its marketshare will have dropped to 30.2 percent due to smartphone adoption in other regions, such as India and Brazil.

“While we don’t expect China’s smartphone growth to maintain the pace of a runaway train as it has over the last two years, there continue to be big drivers to keep the market growing as it leads the way to ever-lower smartphone prices and the country’s transition to 4G networks is only just beginning.”

The UK will slip to fifth despite 33.8 percent growth between 2013 and 2017, while Japan will sit in sixth with a much more modest 7.1 percent growth.

The growth in smartphones and the corresponding drop in feature phone sales shouldn’t come as too much of a surprise. Last July, a report by China’s Ministry of Industry and Information Technology (MIIT) revealed that in the previous quarter, smartphones had accounted for 56.9 percent of phones shipped to retailers in the country.

The balance, therefore, has already begun to switch and it shouldn’t be too long before other emerging markets follow suit.

Read next: Apple's new smartwatch will run iOS and be launched before the end of the year, according to reports