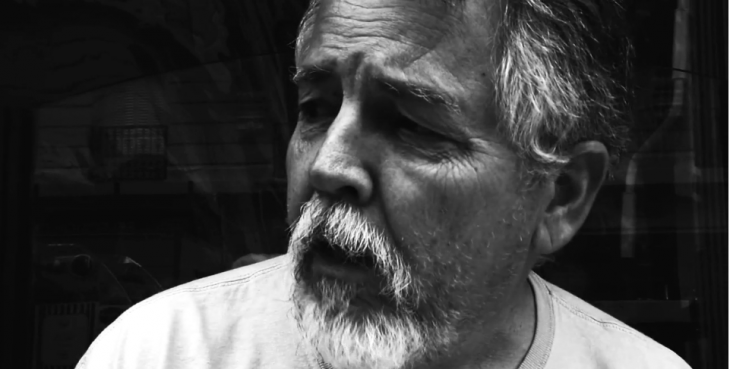 Somewhere someone is thinking of you… as an ad impression. That was the sentiment in 2006. Facebook had just released its news feed feature, Twitter had just launched to its early adopters and concerned technologists were questioning the affects of these transformative new platforms. Co-author of Cluetrain Manifesto Doc Searls was one of them.

In the early days of the realtime web,  the glut of new data sources proved taxing to our analogue brains. We were in information overload and thoroughly shutting down. In fact, the New York Times estimated that the average consumer was exposed to more than 2000 brand messages a day.

For content creators and advertisers, reaching readers was no longer a problem of distribution, it was a problem of rising above the noise. Audiences were becoming  immune to standard advertising and the words on everyone’s lips were “attention economy”. This marked the year that our “eyeballs” became commoditized and our attention became a scarce resource and this was the year Doc Searls proposed an alternative — “The Intention Economy“.

Searls offered a model where sellers stopped messaging into the noise and instead recognized consumer purchasing power and worked to meet their demands. He believed there was an opportunity for regular buyers to control their exposure to third party messages and even decide on what personal information was collected.

In his own words, The Intention Economy was when “the buyer notifies the market of the intent to buy, and sellers compete for the buyer’s purchase… It leverages the simple fact that buyers are the first source of money, and that they come ready-made. You don’t need advertising to make them.”

Fast forward to today and Searls has dedicated almost a decade to ProjectVRM — a program that helps consumers take control of their identities and lives. His work allows netizens to express their intent on the web in order to customize their web experiences and exposure to messages. This includes expressing intent in terms of content, policies, terms of engagement, mediums of use, authorizations and web requests. The NextWeb catches up with the author and activist to learn how its readers can take back their eyeballs.

TNW: You first mentioned the Intention Economy in 2006 and published a book under the same name in 2012. How have online relationships with ISPs changed in that period?

Searls: The biggest change is surveillance. We are being followed much more by website owners and their third parties, and we are targeted far more personally by advertising, and “big data”-driven adtech, than we were six years ago. This is raising privacy issues and conflicts that are now coming to a head.

TNW: While targeting isn’t inherently bad, users often don’t know when or if they’ve given consent to be tracked. Which companies are helping make this consent explicit?

Searls: There is not a single view toward tracking because the various add-ons take different approaches and have different user interfaces. That being said, Microsoft facilitates Do Not Track by default now in its browser and Firefox is making similar moves. That’s because both have a sense of where the market is going.  Every day there is greater public awareness of privacy abuses, and a greater appetite for controlling them.

TNW: You talk a great deal about privacy and unseen tracking. What about when we opt into tracking with identity authentication like with oAuth and Facebook Connect? Are there viable alternatives?

Searls: Social login through Facebook and Twitter is handy. It is also terribly insecure and possibly just a temporary convenience. OpenID was a good idea that didn’t take, but it may come back in a better form. The alternatives that work will be grounded in what some of us call “sovereign” identity. That is, identity that we control as individuals. I believe this will happen, probably with the help of some large company, or collection of companies that are far more trustworthy than Facebook.

TNW: What advice do you have for readers?

Searls: First, read my book.:) Second, avoid logging in with Facebook, or at least make sure you’re not spilling piles of information about your life every time you log in with it. (Watch FB privacy settings, which are still confusing.) Third, use Ghostery, Disconnect.me, Privowny or other tools to block tracking and control how your data gets used.

TNW: How far off is the Intention Economy and what will it take to manifest?

Searls: We need mechanisms where customers can signal intent across multiple vendors without being trapped inside any one vendor’s containment system, and without having separately siloed relationships with each of them. It may take a decade or more for The Intention Economy to arrive. In terms of maturation, vendor relationship management is where PCs were in 1976, the Web was in 1993 and smartphones were in 1999. All three of those developments were inevitable; but awaited the right inventions and circumstances before they took off.

Read next: How to let go of your killer thing that didn't kill