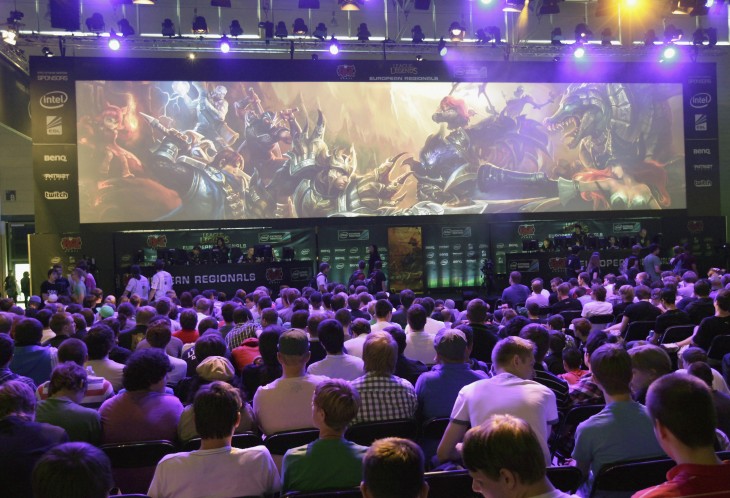 Your wait is over, summoners! After abandoning its initial Mac client due to a reported lack of interest, Riot Games had today released a newly-updated client for OS X users into public beta. The release comes after the news that Boompje and the team from iLoL (an unofficial port of the Windows client, in Wineskin) had been working with Riot for the past few months to bring the official client back to Mac players.

Riot appears to be commemorating the release of the Mac client with the introduction of the iBlitzcrank skin for the often-banned, always-feared Blitzcrank support champion:

At 70 million global players, clocking in over 1 billion hours of monthly play time, League of Legends has established itself as the world’s most-played video game. It’s also at the forefront of the eSports movement, bringing video game players into parity with traditional sports names for those of us who would rather click than dribble.

League of Legends in a multiplayer online battle arena (MOBA) game, in which teams of 5 players (summoners) control characters in a teamwork environment to achieve common goals. While there are various game modes, the fan favorite is traditionally “Summoner’s Rift”, which pits the five players in three lanes of combat simultaneously.

California-based Riot Games holds $8 million in venture funding, but in 2011 the company sold its majority stake to Tencent Holdings for an undisclosed sum. The company, however, has remained in creative control of its products and the Tencent stake has gone relatively unnoticed outside of the paperwork. The game is free to play, but in-game currency known as Riot Points allow players to unlock new skins (such as the iBlitzcrank skin), additional customization and gifting options.