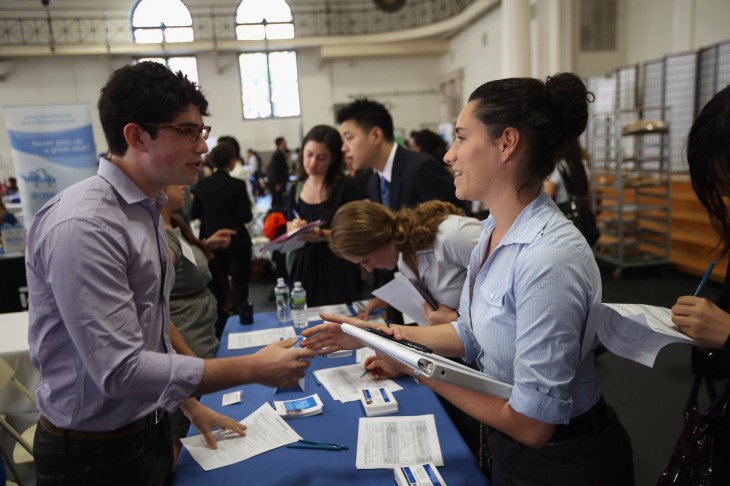 The co-founder of group text messaging service GroupMe, Steve Martocci, is beginning the second year of the new initiative he created alongside Jon Bon Jovi, former White House CTO Aneesh Chopra, and WhaleShark Media’s Kevin Haggard, called SummerQAmp. Its focus is to introduce the role of quality assurance to young adults who may not be aware of the opportunity by giving them internships at some of the top technology companies.

With SummerQAmp, students enrolled in the program have the opportunity to work at some of the major technology companies of the day, including Foursquare, AirBnB, eBay, and the Gilt Groupe.

While this might not be as well-known as developer and designer internships, working in the quality assurance field is also important and a necessity in every business. It reassures team members that their work on the Web and with mobile apps is compliant to specifications and work properly — after all, having something that’s broken go out, especially on launch day, could have an impact on the company.

To help with this year’s program, SummerQAmp says it has partnered with CampInteractive, an organization that seeks to find the next generation of entrepreneurs from those in under-resourced communities through after-school programs and summer internship programs at startups.

As students are enrolled in the program, they are paired with a company and set out to learn everything that there is about the QA process. To help them in their training, SummerQAmp has teamed up with the CK-12 Foundation, which recently launched their own education competition.

Hetav Sanghavi, CK-12’s Sr. Director of Partnerships, says, “We have always been a big proponent of applying knowledge in the real world through our site as well as through our partners. QA skills learned on our interactive platform through this partnership is very exciting for us as it furthers our mission that’s aligned with SummerQamp’s objectives.”

To further student’s understanding of the space, SummerQAmp has developed a detailed online curriculum while working with the Association for Software Testing and the QASymphony.

The goal of this program is to assist the placement of students in roles that not only help the companies, but greatly benefit the student and gives them a new opportunity. The initiative has established relationships with two recruitment agencies, Jobspring Partners and Workbridge Associates.

Unfortunately, the program says that it is in need of funds to help it expand and is on the hunt for $100,000. It has established a Crowdrise campaign to keep track of its goal and so far it has received $26,000 in donations.

Applications for students and for businesses interested in hosting an internship are now being accepted.

Read next: Is Twitter actually worth $10 billion? We have our doubts