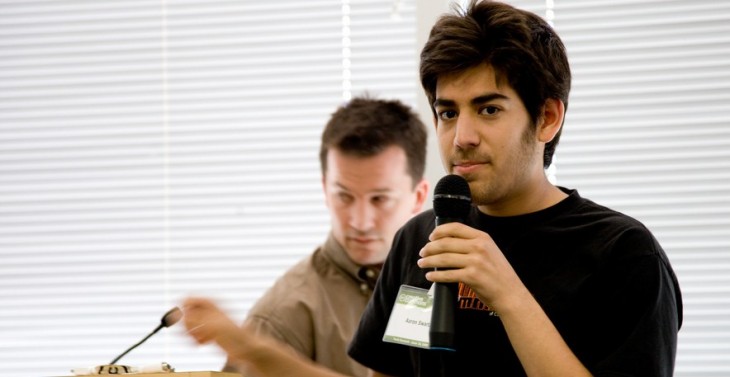 The Huffington Post is reporting that a Justice Department brief of congressional staffers left some with a very damaging impressions. I quote to preserve the tone of the original post:

Some congressional staffers left the briefing with the impression that prosecutors believed they needed to convict Swartz of a felony that would put him in jail for a short sentence in order to justify bringing the charges in the first place, according to two aides with knowledge of the briefing.

If true, this is a shameful fact. Aaron Swartz, who recently committed suicide, tried to secure a plea deal that did not include time behind bars. He was denied such any such option.

His family, following his suicide, placed partial blame on a level of zeal by his prosecution out of step with the severity of his crimes. If indeed Aaron’s legal opponents were trying to save face – Torrent Freak’s apt wording – by not reaching a reasonable agreement, shame on them.

Swartz was legally placed in limbo following the systematic downloading of academic articles. His felony count could have led to a 35 year sentence, and $1 million in fines, at maximum.

Swartz has become a cause célèbre among Internet activists and others, incensed at what they view as unfair treatment. The ever-steady Rep. Zoe Lofgren introduced legislation in Swartz’s name, to reform the Computer Fraud and Abuse Act (CFAA), under which Swartz was prosecuted.

According to Lofgren herself, Aaron’s Law would “prevent the kind of abusive prosecution directed at Aaron Swartz and would help protect other Internet users from outsized liability for everyday activity.” It is unlikely that the full story of the prosecution of Swartz will be known. However, the reek of the sordid and ham-fisted is plastered all over it.

This is not to eulogize Swartz, but instead to point out that at the intersection of the edges of technology and slow-moving legal systems, often what is sensible is lost.

Read next: Knight Foundation gives $9M to TED, Code for America, and NYU to foster technology in democracy