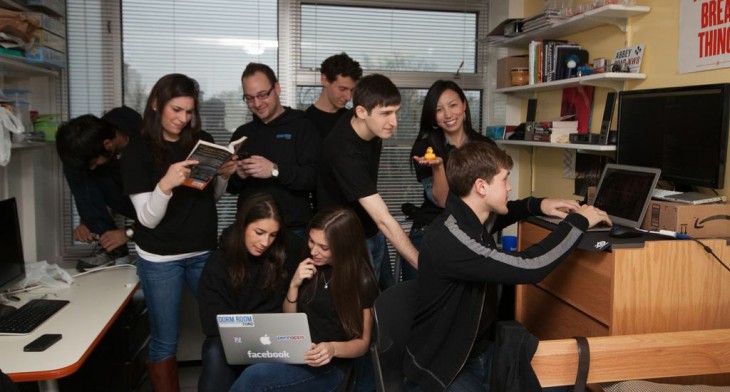 First Round Capital is expanding newest venture fund, the Dorm Room Fund, throughout the United States. Having launched last fall in Philadelphia under a pilot program, the venture capital firm says it will be launching a student-run investment team in New York to look for startups in several prominent universities, including Columbia, NYU, Princeton, and Cornell.

Established as a venture fund staffed by an all-student investment team made up of undergraduate and graduates, the startups that it funds are all student-run. In its test pilot school, First Round established an 11-person team in Philadelphia to look for startups at the University of Pennsylvania and Drexel University. First Round Capital gave it a $500,000 fund to play with. One company it already funded was Firefly, a download-free screensharing service for customer support.

Each team has some measure of autonomy and doesn’t have to invest in a company from a specific school that a student is from, but they are responsible for sourcing and making final investment decisions.

The idea is that this program will empower students on campus to engage in “entrepreneur communities and support builders” with the capital and mentorship needed for their startup.

While New York is the latest state in which First Round is placing its flag in the ground for its Dorm Room Fund, it surely won’t be the last. The firm says that the state is the first part of a national initiative it hopes will connect campus startup ecosystems. More states are planned.

It’s interesting to see First Round Capital run a program like this. On the one hand, the biggest tech companies around were started when the founders were in college: Facebook, Google, and Microsoft. Perhaps the firm hopes that it will find the next big thing and get in on the ground floor. And with student investment teams, the idea is that they’ll be more understanding of trends that are emerging from their generation so maybe they’ll be able to pick out a winning startup to fund.

However, there’s also another factor to consider about student-run investment teams: experience. Unless they have done some considerable investing, there is some risk to having these students manage everything. But perhaps the silver lining here is that it’s not substantial money for a VC — it’s only $40,000 maximum that could be squandered, not say, millions. Whether that’s a positive or negative depends on your point of view.

The targeted schools are definitely fascinating — prestigious and Ivy League-type institutions — which First Round might think might also bring them closer to the next social network or technological breakthrough.

Applications for the student investment team in New York are now being accepted. The deadline to apply is March 11.

Read next: After the release of its Payouts API, Balanced introduces same-day payments to Wells Fargo customers