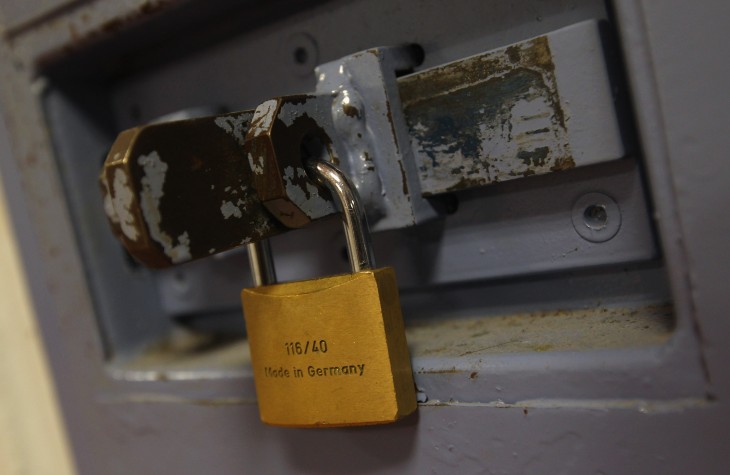 Box has updated its security for the enterprise in a move that it says will protect the entire content lifecycle. As a result, companies will now be able to not only manage users, devices, and apps better internally when sharing files, but also providing “critical business intelligence” and instant access to data analytics.

Security is on everyone’s mind these days, especially in light of the hacking attempts on Twitter, Facebook, Apple, and Microsoft. While not necessarily geared towards this issue, these updates should give companies and their IT teams some reassurance that Box is working on improving its data security.

Beginning today, the enterprise file-sharing service is moving beyond apps when it comes to security — it is opting in to provide protection across several different categories, including users, intelligence, devices, and content.

With its users, Box has established a setting that permits a company’s administrator to go user by user and grant external people access to collaborate.

Box says that it’s more about giving IT departments granular control over what’s being used — now it’s about corporate rules for individuals and groups.

When it comes to devices, there are three things that may interest Box users. Today, companies have the ability to pin devices and manage login security.

With device pinning, a company’s IT team can limit from which devices an employee can access Box. By doing this, companies can ensure that trusted access to Box content is from an IT-approved device. It’s important to note that it’s only for the mobile app and the local desktop sync features that is being affected. Any access from mobile or desktop browsers are fine with the proper credentials.

Box says that this feature will be available in the next two weeks across its mobile apps, including iOS, Android, Windows Phone, in addition to Windows 8 and its desktop application.

With login security, users will now be able to know where they have been logged in from. Very similar to Facebook’s process where users sometimes need to denote what computer or device they’re using if it hasn’t accessed the site before, Box has rolled out a way that reviews all logins to make sure whoever is accessing the service is the right person.

Having launched today at Mobile World Congress, Samsung’s KNOX product is the electronic manufacturer’s own mobile device management service. What this means is that with the proliferation of the Bring Your Own Device (BYOD) to work belief, Samsung felt that there needed to be a way to integrate a management service right into the phone. To that end, Box has become one of the first partners to participate.

Coming in Q2 2013, KNOX is being built into mobile phones and tablets. It separates the business applications from the personal ones so that when something happens to the device, an IT administrator can instantly wipe the relevant apps from the user’s mobile device quick and easily.

With content, Box has partnered with two new groups that it says will protect against the loss of any confidential and/or restricted data. Through its engagement with Code Green Networks and CipherCloud, administrators can scan and identify restricted content and make sure it stays right in Box’s shared folders.

Through the use of Box’s API, these two new partners can determine when a new file is being uploaded and when it will be scanned for content. These features are behind-the-scenes and invisible to most users, but suffice it to say, when an email with restricted content is being sent out, a system like CipherCloud or Code Green Networks would monitor that and protect the document or file from being sent out if it violated any corporate rule.

One of the last bits of security enhancements that Box has released involves reporting. Through its integration with GoodData, Box customers now receive data monitoring and reporting. This partnership was formally announced in October 2012, but now the product has been fully integrated into GoodData. Users will receive an analytics experience that Box says will feature best practices, KPIs, content management statistics, and more.

All of these updates are included free and as part of Box’s service to its customers.