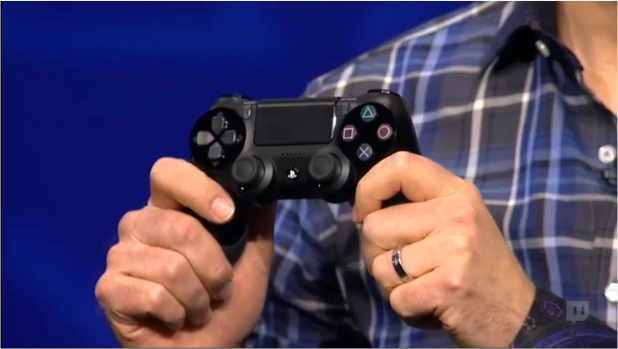 Sony has announced that its new PlayStation 4 game console will have a brand new controller. Called the DualShock 4, it contains a touchpad on the front, a share button, a headphone jack, and a light bar that Sony says will identify players.

Mark Cerny, a game designer with Sony, took the stage to talk about the newest device. The release of this controller fits in with the company’s release that also includes a 3D camera that helps to track the controller — very similar to what one might expect with its predecessor, the PlayStation Move.

With the share feature, players can capture specific clips from their last few minutes of gameplay, tag it, and upload it right to the Web, all while resuming game play.

The design of the controller appears to match the photos that were leaked prior to today’s announcement. Kotaku has posted some more detailed specifications about the DualShock 4 controller:

Today’s announcement seemed to focus quite a bit on developers and it appears that Sony is highly interested in having its new DualShock 4 controller be a part of any technological innovation.